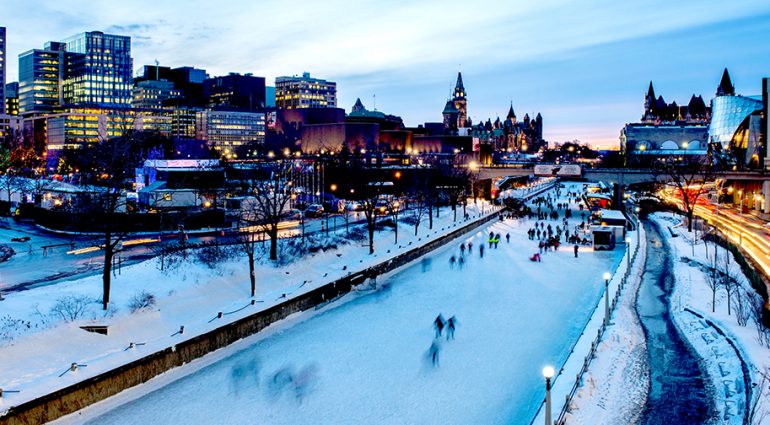 At least once a week I venture over to Ottawa’s Lowertown. It is a scenic stroll along the canal from our Centretown home. It’s always worth the trip. Within its boundaries you’ll find a cornucopia of food at the ByWard market; a treasure trove of paintings at the National Gallery of Canada; a pretty winding path below the Chateau Laurier past the ByTown Museum (the oldest stone structure in Ottawa, built as a storehouse during the construction of the canal).

With all of these iconic places to enjoy, it’s easy to stick to the tried-and-true. And I did for far too long. But now I am discovering there are lots of hidden surprises. You just need to know where to look!

History in the Shadows

There is no excuse to get bored of the cuisine in Lowertown. A walk down Dalhousie Street demonstrates just how rich in diversity this area is. There are Indian, Vietnamese, Mexican, German restaurants—and that’s just a start. However, Ottawa’s oldest settlement was predominantly working class French and Irish Catholics for a long time, so there are lots of great French bistros and Irish pubs too!

I have walked by the Giant Tiger store on George Street many times not realizing there was more to it than affordable merchandise. Not only is it the first Giant Tiger store in Canada (opened in 1961), the building was the original home of Le Droit, a paper launched in 1913 to protest a law restricting education in French. This history is captured in a contemporary mural in an alley beside the store. “A Tribute to Franco-Ontarians” by Pierre Hardy depicts a turn-of-the 20th century classroom (with eager students seated at their desks beneath a portrait of prominent politicians and advocates) among other images of this conflict.

Major’s Hill Park is a majestic place to stroll. I love the panoramic view: the gothic revival architecture of the Parliament Buildings; the post-modern pavilions of the Museum of History on the Quebec side of the river; and, the imposing statue of Samuel de Champlain atop of Nepean Point. Harder to spot is the bronze “Anishinaabe Scout” with his feathered war bonnet and quiver of arrows. He kneels in the foliage behind Tavern on the Hill (a popular terrace in the warmer months). Created in 1918, the sculpture stood for more than seventy years beneath Champlain’s statue. Indigenous activists lobbied for it to be moved to where it is no longer overshadowed by the 17th century European explorer.

I thought my eyes were playing tricks on me when I spotted a small horse in a yard at the corner of York and Dalhousie Streets one day. They weren’t. At the end of a driveway behind a Victorian home is Cundell Stables. The Cundell family has been in the ByWard market since the late 1800s. Back in the day, the horses did hard labour—plowing streets, collecting garbage, hauling water for the fire department. Now, they give carriage rides. Best thing of all? They work at events like birthday parties—and there is no age limit!

One of the things I love most about Lowertown is the secluded cobblestone courtyards. Jeanne D’Arc Court, nestled between York and Clarence Streets, is my favourite. There you’ll find a whimsical black “Dancing Bear” statue by Nunavut artist Pauta Saila. It is the first piece of public art by an Inuit artist in Ottawa. Saila (who passed away in 2009) depicted the bears as he saw them playing on the icefield while he was hunting.

The secluded courtyards also house many fine restaurants. My husband and I recently tried Oz Kafe. The intimate setting was the perfect backdrop for date night. We sat at the corner table in this 1863 heritage stone building that once-upon-a-time housed military barracks. We savoured every moment of our superb cocktails and locally-sourced main dishes.

In the old St. Brigid’s church is the Rectory Art House, a timely find for the holidays. Ten talented artists including painters and photographers have their studios here. I recently met jeweller Andrea Mueller and visual artist Lori Victor whose studios are on the ground floor (there is an annual open house, otherwise visits are by appointment only). I was less-than-subtle with my husband about getting me  a pair of Mueller’s handcrafted silver earrings as a gift.

More to Discover on the Other Side

Every time I go to Lowertown, I discover something new. I’ve learned to keep my eyes wide open for those hidden surprises!