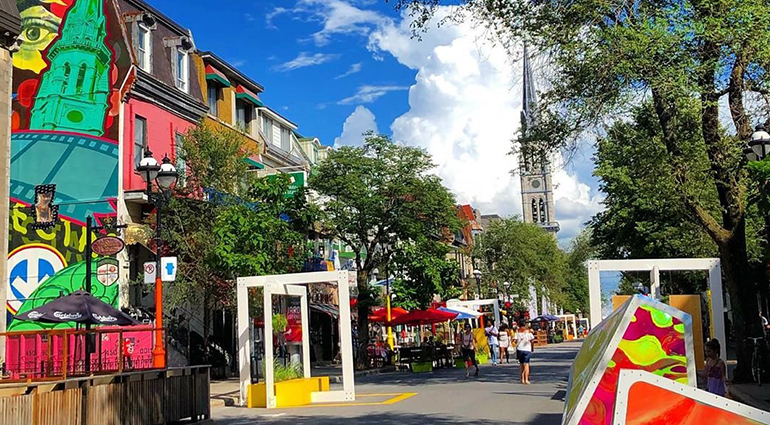 Montreal is a city designed to explore. If you’re looking for fun things to do in Montreal, there’s always something new to discover, be it a restaurant, festival, or neigbourhood. This city is full of surprises.

Take Plateau Mont Royal for instance.  It’s known for smoked meat, Tam Tams, and treacherous spiral staircases leading to narrow apartments overlooking the busy streets below; but it’s also home to a secret rock climbing gym and what might be the best chocolate chip cookie in the entire city. I’ve spent eight years collecting my Plateau knowledge, and this is just the tip of the iceberg.  Although I moved further downtown this year (it was traumatic), I still find any excuse to spend time in my favourite neighbourhood. Let me take you on a tour of the best spots in the Plateau, including the hidden gems you might not find without a local tour guide.

Some of Montreal’s most famous restaurants are located in the Plateau Mont Royal/Mile End: Schwartz’s, La Banquise, St Viateur Bagel (if you’ve never had a Montreal bagel, go right now), but there are many other lesser-known restaurants in the area that are just as good, and less full of tourists. I love Icehouse which is home to some outstanding Tex-Mex, and serves all the southern staples (literal buckets of fried chicken, tacos, and burritos). If you’re vegetarian (like me) have no fear, the mushroom tacos are also insanely good.

Arepera du Plateauis another neighbourhood favourite. This small Venezuelan spot specializes in arepas, traditional cornbread-patty sandwiches that can be filled with just about anything. It’s a good place to bring a group of mixed eaters since there are plenty of options for vegetarians, vegans, and meat lovers. There aren’t many tables, so if it gets too crowded I often opt for takeout and head up De Bullion less than a block to enjoy my arepas in Parc des Açores. 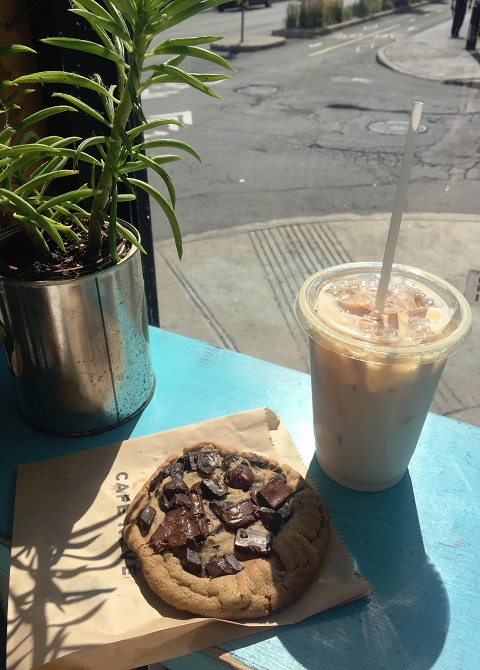 From the park you’re so close to Café Névé that it would be almost criminal not to stop in for a cookie. They make the best chocolate chip cookies in Montreal, period. Eat one (or two) and thank me later.

Walking through Plateau-Mount Royal you’ll quickly understand why Montreal has a reputation as a fashionable city. Forget Le Château and the Gap – let me tell you about some really good shopping in the area.  Heading up St. Laurent you’ll pass a cute stretch of local and Canadian made women’s clothing shops between Laurier and Saint Viateur that includes Boutique Unicorn and Général 54.

Contemporary menswear brand Frank + Oak has stores across the country now, but they started in Montreal. Their collection of curated basics is popular with both young professionals and creative types, and they recently launched a women’s line.  Every Frank + Oak location has an in-store barbershop and coffee shop too. Café Névé provides the coffee at the Mile End location so if you’re still obsessing over their cookies, make a pit-stop and grab another one inside. 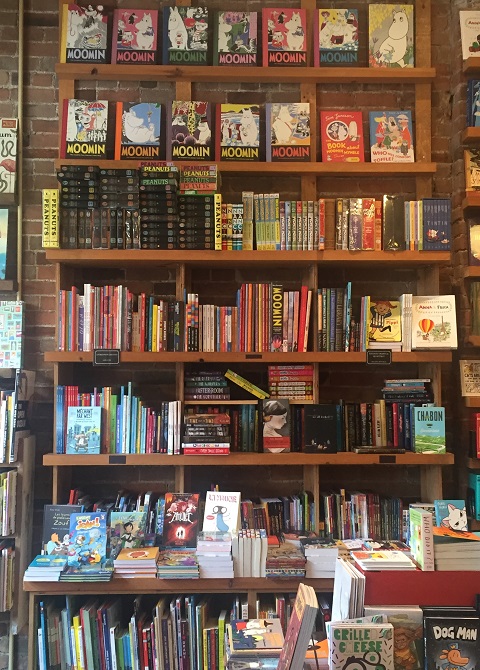 If you’re looking to add to your bookshelf, stop by Librairie Drawn & Quarterly, but heed my warning: you won’t walk out empty-handed, so be ready to spend. Drawn & Quarterly is a Montreal-based independent publishing house that put Canadian graphic novel artists on the map. They publish home-grown talent like Kate Beaton and Chester Brown, but have also reprinted some international favourites (Moomin anyone?) With a small, well-curated selection of poetry, contemporary fiction and non-fiction to boot, it’s a book lover’s paradise.

What Not to Miss

Some of the hidden gems of Plateau-Mount Royal are truly hidden.  You can be wandering down a quiet residential street and suddenly find yourself in a garden oasis. Don’t worry, you haven’t fallen through a wormhole; you’ve found a “ruelle verte”! These “green laneways” were created to foster community spirit, improve air quality, reduce the urban heat island effect, capture rain water, and increase biodiversity. Ruelle Demers is one of the more elaborate ones, with its own windmill, wishing well, community library, and water feature. Here’s where to find them all.

The warehouses at Saint Viateur and de Gaspé are hiding some cool things, the most unexpected of which (and my personal favourite) is Shakti Rock Gym. Shakti is a bouldering gym, meaning you climb without ropes and harnesses. It sounds intimidating at first (especially when you’re afraid of heights), but it’s a lot of fun.  Although Shakti is one of the smaller climbing gyms in the city, it has a loyal and welcoming community of climbers. The location makes it popular with students and it’s also very kid friendly, especially on weekend mornings.

Around the corner from Shakti on the ground floor of another warehouse is Le Falco. This industrial-chic Japanese café is known for its syphon coffee (which I’m told makes for a fruitier brew) and onigiri, rice balls filled with chicken, pork, or edamame. Take advantage of the floor-to-ceiling windows and relax in the afternoon sun in a cool and creative place that’s 100% Montreal. 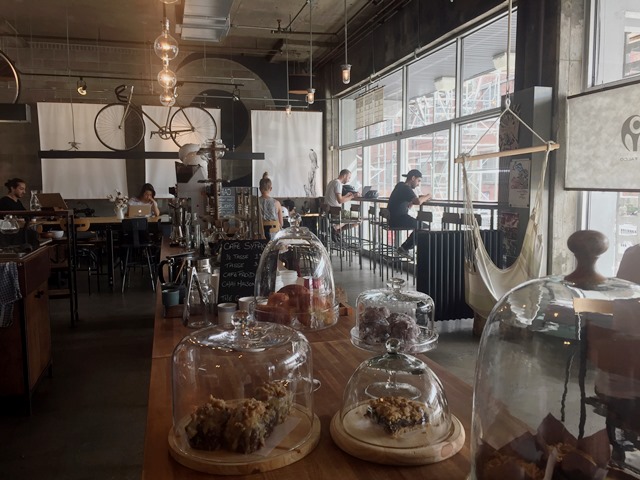 Some of Café Falco’s hip clientele

Check out Tourisme Montréal’s blog for the inside scoop on Montreal attractions.