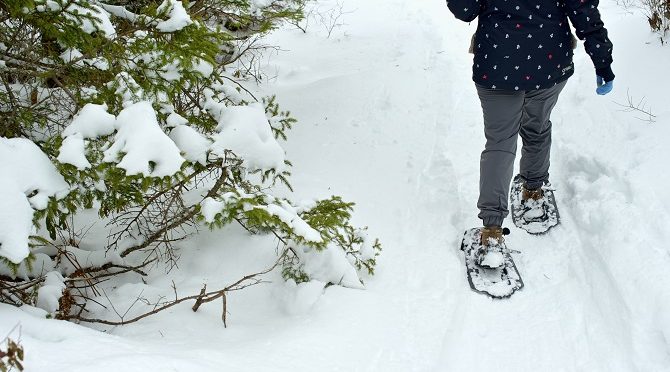 Taking the train in the winter is a pleasure all its own. Landscapes are transformed, black ice is not an issue, and nestling yourself into a seat or cabin with a Kindle and a coffee is the very definition of hibernal snugness. A few hours is fine, but longer is better. I live in Toronto, which makes a Nova Scotia vacation a pretty good choice. Halifax is lovely in the summer, but like many Canadian cities, it really comes into its own in the winter season, a fact nowhere more in evidence than at the Oval.

No Skates, No Worries

The Oval was built in the middle of The Commons for the 2011 Canada Games, and was meant to be dismantled in March of that year. But the crowds of 1,000-2,000 per day, flocking to the now-public rink, convinced the city they’d hit a chord. It could have been the free skates and helmets (they remain free), or the fact that for the most part, people can just show up when they like and skate.

But mostly, I think it’s because The Commons is well named. This where you go to do things, like see a show at the Pavilion, and even before the Oval, it was where, in the warmer months, you’d play baseball at one of several diamonds, skateboard, swim or play tennis. Its proximity to Citadel High and Dalhousie University has made it a de facto student hangout, conveniently equidistant to the downtown pubs and donair dives for the bros and the north-end craft beer, cocktail and coffee spots for the hipsters.

After a skate, you can head north on Agricola to the new Timber Lounge. Despite the fact that it says it’s a lounge, I wasn’t entirely sure when I happened by it. I approached with caution; the noises coming out of it were not the ones I usually associate with beer. When I arrived, the bar was empty; everyone was in the throwing studio, laughing, mingling, cheering. The Timber Lounge opened this summer, but it screams winter. It’s a bar, but it’s also an axe-throwing gallery. Done up in unpainted wood, there’s a lounge for those who are between axes, or who’d rather just soak up the timberland ambience and listen to the muffled sounds of blades cleaving targets in the next room.

Now that you’ve got your lumberjack-viking thing taken care of, head over to Gottingen street, just a couple of blocks over. It’s the centre of the new north-end renaissance. This is the part of the city that was destroyed in the Halifax Explosion, and its traditional low rents have led to the opening of some places that, at least at first, might not make it downtown. Like Good Robot, a brewery and taproom with a huge enclosed front courtyard and a loggia inside where you can look down on Halifax hipsterdom. Founders Angus Campbell, Doug Kehoe and Josh Counsil lay out their corporate philosophy thus:

“We’re misfits. We always have been. We struggled to fit in then, and we celebrate those who struggle to fit in now. We believe the eccentricities that make us human are good, and that experimenting is the one way we get closer to understanding ourselves. Or something. I dunno.”

While you’re on the north side, you could catch a cab the 30km or so out to Hatfield Farm for a sleigh ride; a great idea if you’ve got kids, or are if you’re feeling especially romantic. Or you could make a more modest 5km trek across the Northwest Arm to Sandford Fleming Park for some snowshoeing.

But maybe the best thing about Halifax these days is the food — and that makes the Savour Food & Wine Festival one of the best things about Halifax in the winter. Like Winterlicious in Toronto and Vancouver’s Dine Out, Savour offers tourists and locals alike prix fixe introductions to a huge range of the city’s eateries for the entire month of February. This year’s participants haven’t been named yet, but whether they’re part of it or not, try Five Fisherman, a seafood place that was once the funeral home that handled the Titanic’s first-class corpses (if you ask nicely, they’ll show you the dumbwaiter that used to be the body elevator), as well as the Bicycle Thief, many Haligonians’ new favourite place down by the water (and next door to the Bishop’s Cellar, the city’s best liquor store).

If you take Bishop Street up from the Bicycle Thief/Bishop’s Cellar, and turn right on Barrington, you can pop into the Old Burying Ground and pay your respects to Major General Robert Ross, the man who burned down the White House during the War of 1812. From there, it’s just 300m to Durty Nelly’s, an absolutely typical Halifax Irish pub, except it’s got a fire place, and it was entirely designed and built in Dublin and shipped over in 2008. There’s live music most nights, mostly Irish (or Irish-y), and a fireside pint while the wind ships around the Citadel and across the harbour is a fine way to finish a Halifax winter’s night. From there, if you’re looking for a historic place to rest for the night, take an easy stroll over to the Westin Nova Scotian, the grand old railway hotel that’s still attached to the train station.

As you pull out of town, you’ll get one more glimpse of the city as you round the bay. Look closely. By the time you take your next Nova Scotia vacation, it’ll be a different city, with at least at least two new restaurants, three new bars, and a dozen new beers to enjoy. 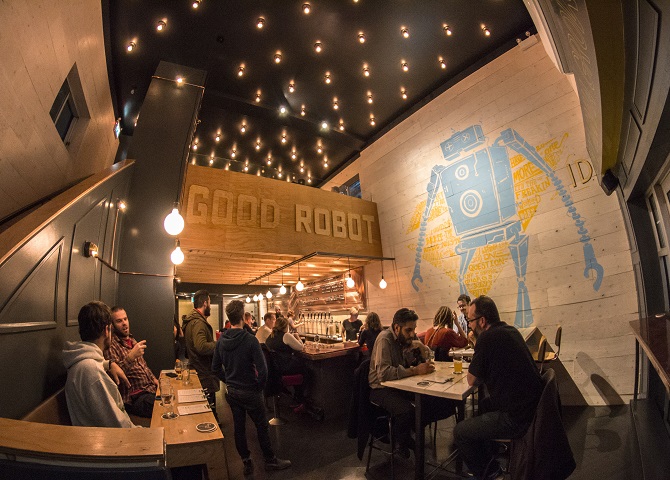