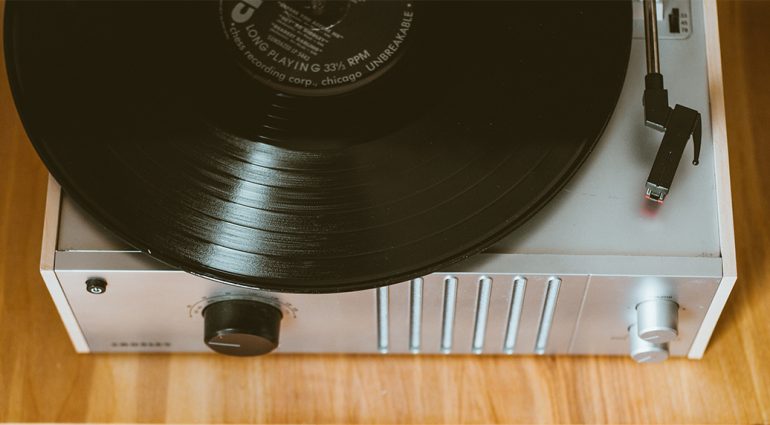 According to Billboard, 2017 was the 12th year in a row of growth for vinyl record sales. And so far, this year hasn’t been any different. If you’re reading this post about record stores across the country, you probably already know that vinyl has been making a comeback, and the medium just keeps getting more popular.

From coast to coast, this country is a treasure trove for vinyl lovers, whether you’re looking to pick up a well-worn copy of Prairie folk icon Joni Mitchell’s Blue or searching for a reissue of Love Tara by sappy Moncton noise-rockers Eric’s Trip. There are quite a few options out there, no matter where you find yourself, but if you’re wondering where to buy records in Canada, this list should help you narrow down your perusing time.

On Kitsilano’s sweet West 4th Avenue lies Zulu Records, a Vancouver institution. It’s been there since 1981, and I’d wager that almost every Canadian musician hitting the west coast has made it a priority stop. The shop is packed with every kind of record under the sun, plus they put on in-store performances. I bought the self-titled Valley of the Giants’ album here based on its strange Monument Valley cover art and was pleasantly rewarded with some trippy, Spaghetti Western-esque post-rock. Zulu is a great place to find something weird and wonderful.

It should come as no surprise that the region that gave the world The Weakerthans, k.d. lang, and Buffy Sainte-Marie has numerous worthwhile stops for record collectors. I hit up some music pals to round out this section, because who better to ask?

One of Edmonton’s favourite punk rock sons, Eamon McGrath, affirms that Listen Records—which also has an in-house record label named Uzu Audio—is hands down the place to go. There’s Blackbyrd on Whyte Avenue, too, which was founded in 1993, and sells turntables and accessories as well.

In beautiful Saskatoon, SaskMusic Executive Director Michael Dawson says Vinyl Diner has got your number. You could also head to The Vinyl Exchange, which has been around for more than a decade.

Growing up in Winnipeg, Into The Music located in the gorgeous Exchange District was a spot where my friends and I spent hours flipping through and listening to records. They opened a second location on Osborne a little while ago and both places feature live performances.

If there’s a record store in Ontario that’s got something for everyone, it’s definitely downtown Toronto’s Sonic Boom, on Spadina close to Kensington Market and Chinatown. I use the word “something” here to be purposefully vague—Sonic Boom sells everything from rare mint jazz records to the hip enamel pin du jour. Make sure to check out their book selection, which should help you brush up on your music history.

In Hamilton, The Abyss has been lauded for its selection—you can find a lot of obscure titles here—even though it’s a pretty cozy size compared to a behemoth like Sonic Boom. But real collectors know that it’s about quality, not quantity.

Up in the nation’s capital, Compact Music has two locations to serve all your vinyl needs, including one right smack dab in downtown Ottawa.

Last time I was in Montreal, a dear friend of mine who used to live in the city insisted we pop into Sonorama, where she always makes sure to grab a record while she’s in town. I didn’t walk in looking for anything in particular, but after a scan of the goods and a friendly chat with a (very funny) staff member, I could’ve stuck around all day. Their selection encourages a seemingly endless potential for discovery. Phonopolis, which is located just down the street, is also a rich deposit of vinyl worth searching through. Farther east, the Knock-Out has you covered up in Quebec City.

The east coast’s bright and shining star is Nova Scotia’s Taz Records, which features locations in Halifax, Bedford, and Dartmouth. But if you’re trying to decide which one you should go to, might I suggest the Dartmouth spot, which is also the home of maritime rock ’n’ roll legend Joel Plaskett’s New Scotland Yard Emporium (his studio, New Scotland Yard, is connected to the back of the building). The Emporium can whip you up an excellent cup of coffee, and Elk’s Haircutting, which also takes up shop in the space, can give you a snip while you sip it. It’s a true one-stop shop.

And speaking of one-stop shops—over in Sackville, New Brunswick, sitting right near the Nova Scotia border and just a stone’s throw from the Confederation Bridge, you can get your crystals and posters along with the album you’re looking for at Dave’s Rock Emporium. Get it? Two kinds of rock. What else could you possibly need?