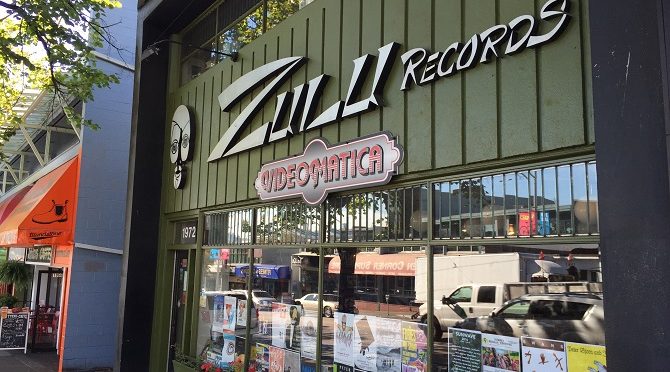 I lived in Vancouver for nearly 20 years as a food and travel journalist; when I return I try to squeeze in jaunts to my favourite neighbourhoods to see how they’ve changed, and yes, how they’ve stayed the same. Below are the places I always make time for. I saved my absolute favourites until last since they are the areas that seem to hang on to the past. The first two represent the neighbourhoods that keep evolving, and have changed since I left – and they all include the things I like to do best when in Vancouver.

Yaletown may look trendy but part of the charm comes from to the numerous warehouses built there in the early 1900’s. When I started hanging out here the old raised loading docks along Hamilton and Mainland Streets were just being transformed into wide walkways, many of them holding furniture and home décor shops to service new residents of the glass-tower condos being built nearby. Now, walkways are perfect platforms for restaurant patios, many of them heated for year-round use, along with art galleries, beauty salons, and one of only two Goorin Bros. hat shops in all of Canada where you can try on some fun toppers.  Hidden Gem: Emery Barnes Park at the corner of Richards and Davie. Named for former CFL player and first black Speaker of the BC Legislature, its greenery, flowing stream, fountain, and benches combine to offer a place to rest in the midst of high-rise condo towers. I like to grab a picnic lunch at the Choices Market across the street, settle in at one of the benches, and watch the world go by.

Another must-see in Vancouver is Kitsilano. This neighbourhood stretches west of Burrard Street, but on the south side of English Bay. It includes prime examples of Arts and Crafts-style homes, one of the best beaches in the city, as well as the 137-metre long Kitsilano Pool, unique for its salt-water content. Don’t miss Cornwall, West 4th Ave. and Broadway streets. West 4th and Broadway have changed most with the times, but are still an eclectic mix of owner-operated shops, restaurants, and innumerable salons and spas. The more modern amenities include wax bars for personal grooming, and an isolation tank ‘floathouse’ next to a medical marijuana dispensary. Then there’s the shop that only sells lampshades. 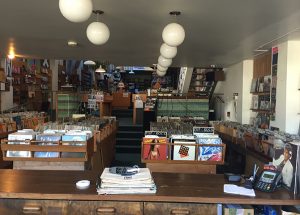 Hidden Gem: If you’re a music nut like me, don’t miss Zulu Records on West 4th. For 35 years Zulu has been getting groovy Kits residents into vintage vinyl. Zulu Records also houses Videomatica, a former stand-alone specialty video rental store. Now it’s sales only, with a selection unparalleled by anything you’ll find at the big box stores. Prepare yourself for a couple of hours of browsing if you can spare the time.

Head over to the east side of the city for a somewhat grittier and down-to-earth experience. My old stomping grounds were the more southerly blocks of Main Street between King Edward and 33rd Avenue. There are several vintage clothing and antique shops to peruse, owner-operated cafés and bakeries, Windsor Meats, which is a good old-fashioned butcher shop, and right next to it Helen’s Grill, a classic diner with juke boxes at each table.

The more northerly blocks of Main (King Edward to Broadway) are sprouting hip restaurants and art galleries, murals galore, even more vintage shops, and ‘The Fish Counter’. You can buy sustainably sourced seafood there but don’t leave without an order of halibut and chips. The owners are a chef and a marine biologist who launched the popular Ocean Wise program to help consumers with seafood choices. Hidden Gem: Knifewear, for the most important tool in your kitchen, which specializes in handcrafted Japanese imports. The staff is extremely knowledgeable and takes the guesswork out of getting the right knife for your culinary needs.

Head east a few more blocks and you’ll hit Commercial Drive, known to locals as ‘The Drive’. Like Main Street, it’s strewn with one-of-a-kind shops and restaurants. The most popular stretch of the Drive begins at the Skytrain station at Broadway, and stretches a mile north to Venables Street. The area used to be known as Little Italy after a large influx of Italian immigrants settled there after WWII, but by now, it’s a multicultural mosaic. If I had just half an hour on The Drive, it would be in three side-by-side Italian businesses –  Café Calabria for coffee; La Grotta del Formaggio for the extensive cheese selection; and Fratelli’s Bakery…well, for everything else. Hidden Gem: DOCTOR vigari Gallery. For more than 20 years this has been the place to find sculptures, paintings, jewelry, and more from local and BC artists. One of my favourite artists on display there is June Hunter, whose specialty is portraying crows and other birds. 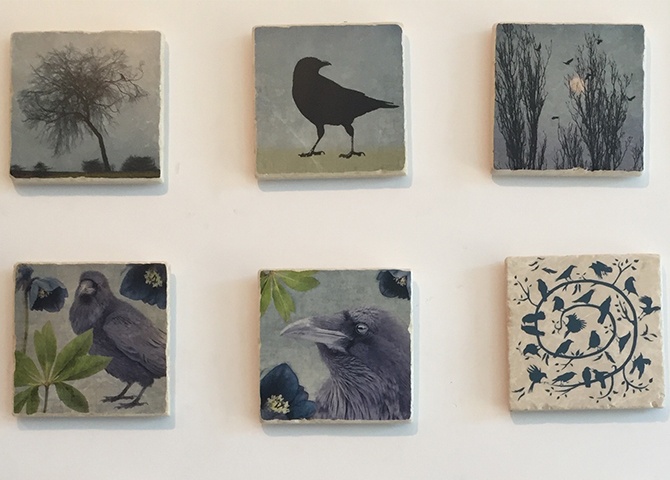 If you get your start in Vancouver by visiting just a couple of these neighbourhoods you’ll already have a good sense of what this west coast city has to offer.

One thought on “Off The Beaten Track: Things to do in Vancouver”