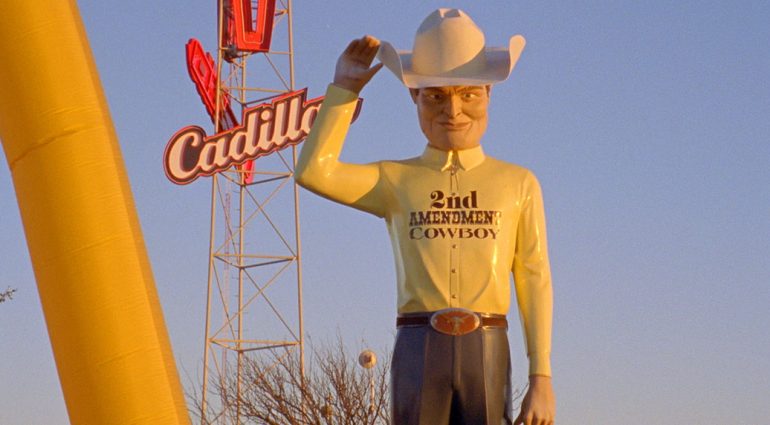 If you’re like me, you gravitate toward film festivals with documentaries like Red Army, American director Gabe Polsky’s gripping history of the Soviet national hockey team, or comedies like The Other Side of Hope, Finnish director Aki Kaurismaki’s quirky take on the European refugee crisis. Admittedly, I might have pretty specific tastes, but happily, Canada’s diverse film festivals offer something for everyone.

It’s not just about high-profile extravaganzas like the Toronto International Film Festival, where Hollywood stars such as Jennifer Lawrence and Ryan Gosling grace the red carpet, or the Vancouver International Film Festival, which has become one of North America’s largest film festivals since debuting in 1982. Small film festivals also showcase works of incredible quality and originality. It’s a chance to support filmmakers who may get less funding but make up for it with their creative passion.

From coast to coast, this country offers many worthwhile ways to experience the buzz of lining up for a special screening, chatting with fellow cinephiles, or sipping cocktails at a gala. Let’s take a closer look at some of the best small film festivals across Canada.

Don’t confuse this March film festival in Montreal with the global governing body of soccer. Here, FIFA stands for “Festival International du Film sur l’Art” (“International Festival of Films on Art”). Over the past 35 years, this unique cultural event has featured some 5,000 films from more than 70 countries.

Recent FIFA prize-winners include In the Steps of Trisha Brown (director Marie-Hélène Rebois), a portrait of an innovative American choreographer, and Koudelka, Shooting Holy Land (director Gilad Baram), which captures a Czech photographer’s methods as he explores Israel and Palestine. FIFA gives you access to beautiful, original films that you might not have the opportunity to enjoy on the big screen anywhere else.

When Natalie Portman wryly announced the “all-male nominees” for Best Director at the 2018 Golden Globes, it was a strong reminder that women remain underrepresented as directors. The 2002-founded Female Eye Film Festival, however, is working to remedy that. MovieMaker Magazine dubbed it one of the world’s “Top 50 Film Festivals Worthy of the Entry Fee.”

At the multi-day June event at the Fox Theatre, check out intelligent, compelling Canadian documentaries such as Mightier Than the Sword (director Roberta Staley), which spotlights female journalists in Afghanistan, or acclaimed international feature films like Devil’s Bride (director Saara Cantell), which portrays a 17th-century witch hunt in Finland’s Aland Islands.

View edgy, meditative short films by Atlantic auteurs, such as Cory Bowles’ Black Cop or Kira Daube’s The Wind The Way. HIFF also shows international fare like By the Time It Gets Dark, Thai director Anocha Suwichakornpong’s exploration of the repressive 1970’s political climate in her country.

Rejoice, cartoon freaks! Each September, the Ottawa International Animation Festival offers a smorgasbord of quirky alternatives to Donald Duck and The Simpsons.

For example, in 2017, Estonian animator Chintis Lundgren won Best Script for Manivald, depicting a 33-year-old unemployed fox living with his mother. Meet the filmmakers and attend animation discussions at the Arts Court Studio near the ByWard Market.

For more than 25 years, Cinémental has excited Winnipeg filmgoers with new French-language movies. Whether you lean more toward Olivier Asselin’s Le Cyclotron, a World War II thriller about a train carrying an atomic bomb, or Léa Pool’s Et au pire, on se mariera, a poignant coming-of-age drama about a teenage girl’s misplaced love, this cozy Manitoba mainstay delivers the goods over two weekends in October.

If you think of Victoria strictly in terms of the Butchart Gardens and the Fairmont Empress Hotel, then Antimatter will blow your mind. Taking place at downtown art galleries on Yates Street and Fort Street, the October festival specializes in experimental films and multimedia presentations. Eccentric titles such as Reciprocity Failure, Iron Condor, and Speculum hint at what’s in store.

More than 40 per cent of Metro Vancouver’s population is of Asian heritage, and the Vancouver Asian Film Festival (VAFF) is Canada’s longest-running Asian film festival, instituted in 1995.

Why attend? Each November, VAFF shows everything from heartfelt Korean-American comedies like Columbus (director Kogonada), in which a young Indiana man’s architect father lies in a coma, to short sports documentaries like Contenders (director Divya Pathak), highlighting Muslim and Hindu girls who aspire to become boxers. And the downtown venue, Cineplex Odeon International Village Cinemas, is easy to access, just a short walk from both Gastown and Rogers Arena.

One thought on “Beyond TIFF: The Best Small Film Festivals Across Canada”