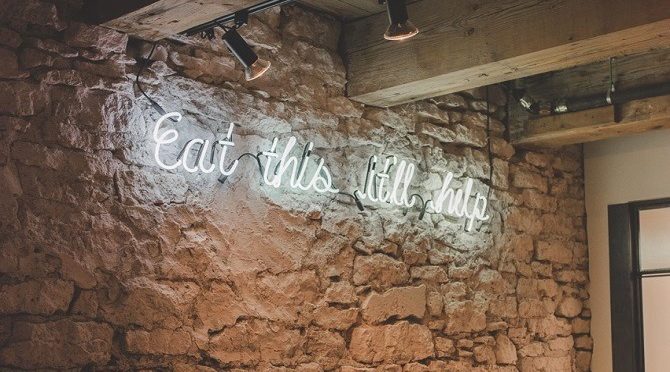 Winnipeggers take pride and get quite territorial when it comes to their food scene. I’ve noticed this over the past five years of living here through doing food stories for CBC Radio and writing Peg City Grub, Tourism Winnipeg’s culinary guide to the city. Winnipeggers are friendly folks, but you are almost guaranteed to find yourself in a verbal spat should you declare a certain neighbourhood pizza or fat boy* to be the best. And, well, don’t get anyone started when it comes to kubasa.

(*Note: fat boys are a thin burger patty cooked on a flattop covered in chili, shredded lettuce, tomato, and all the mayonnaise in the world. V.J.’s is the best; if anyone else says otherwise they are wrong.)

Winnipeg has long been a city of fantastic hole-in-the-walls and pretty solid fine dining. On top of that the last seven years or so have brought forth distinct, chef-driven rooms where the vibe is just hipstery enough to be cool and inviting, while most dishes would be standouts in cities twice as large.

Sure, it can be quite bloody cold here in the winter, but despite this you’ll always find a warm, inviting room to cozy up and indulge in — just like the locals do.

In winter, a hearty breakfast is in order to provide some fuel for the fire, and nowhere does it better than Clementine. The restaurant is run by the same peeps who have made Segovia Winnipeg’s top spot for years (more on that below) and  apparently they are equally as good with eggs as they are with tapas.

Clementine’s fried chicken toast is probably the best daylight dish in Winnipeg; the brine is citrusy, the skin is crispy, and there are always creamy, acidic, spicy and sweet sauces on the hemp sourdough, which is masterclass in itself. Plus their coffee, which is roasted a few blocks away by Dogwood inside Forth (also a gem of a café that becomes a cocktail lounge at night), is always hot and spot-on.

The art of the breakfast sandwich is in its highest form at Miss Browns, where bacon, aioli, micro greens, and local Nature’s Farm’s eggs come together as handheld works of art. It’s the work of Jenny and Steve Tyrrell.  Steve is an Aussie so the flat whites are as silky as you’d expect Down Under, and his mastery of their meat smoker is really something you need to taste for yourself. On more than one occasion, Miss Browns’ pressed sandwiches at lunch have nearly moved me to tears.

The standard bearer for brunch is arguably Falafel Place, an old school institution that has been kicking it since 1986. Be warned, though: owner Ami Hassan scans the room like a perched falcon, waiting to come down swiftly on possible campers so he can turn the table. You may leave garlicky and billed promptly, but you’ll be soon be back for big portions of hash, hummus, falafel and eggs.

The Best Dinner Dining in Winnipeg

Winnipeg’s best hidden restaurant, Sous Sol, is in a basement on Confusion Corner behind a sign that reads Vanderley Industries. Once inside its gypsy jazz setting you’ll encounter more candles than an early 90s Madonna video along with walls plastered with old French cookbooks, a mini basketball net, and all manner of knick-knacks. Chef Michael Robins’ food walks the line between historical, haute and intentionally hokey, while the drinks from barman/GM Erik Thordarson are perhaps the best in town. The flaming tiki torch rum punch with coconut marshmallow (which you get to toast over the drink!) is a must, while food wise the Arctic char, sauced meat dishes, and vegetable sides are always gold.

A few weeks ago for my wife’s 35th we had seven courses at Enoteca, six of which added up to be the best meal we’ve had in Winnipeg. Located in a former Quiznos in a River Heights strip mall, this place has the smallest possible kitchen, and yet chef/owner Scott Bagshaw’s food is always Instagram worthy— so artfully laid out and colourful, with marvelous textures. Last year, Enoteca was the first-ever Winnipeg restaurant to crack the top 10 on enRoute’s “best new restaurants list,” which didn’t come as a huge surprise the foodies of Winnipeg.

The hardest seat to get (at the exact time you want it) is at the aforementioned Segovia, a Spanish restaurant located in a converted house just off of Osborne. The room has a great romance to it, particularly the lounge/open kitchen side that is candlelit and studded with wood. The menu changes often, but no matter what the season there will always be something revelatory. Get the not-on-the-menu gin and tonics made with lime sorbet to start, then follow that with the croqueta of the moment.

You can’t talk dining in Winnipeg anymore without mentioning Mandel Hitzer. Along with designer Joe Kalturnyk, he is the man behind RAW:almond, Winnipeg’s now most-famous food event (over for the 2017 season), which takes place over three weeks in the dead of winter on the surface of the frozen Red River. This winter’s RAW saw chefs from Vancouver, Toronto, Montreal, Calgary, Ottawa, and Winnipeg take turns creating three multicourse meals per night, while on the weekends Clementine and The Tallest Poppy (another stellar, funky brunch spot) did multicourse brunch services with dishes that should be made mandatory on ski hills across Canada.

Hitzer is also the chef of deer + almond, a whimsical room with equally whimsical and vibrant fare served against the backdrop of gorgeous, earthy dinnerware from Winnipeg’s mud + stone ceramics studio. It’s about as Winnipeg as it gets these days.

So don’t let the cold keep you away from Winnipeg in winter. This culinary scene is so hot right now that it will make your visit feel positively balmy. 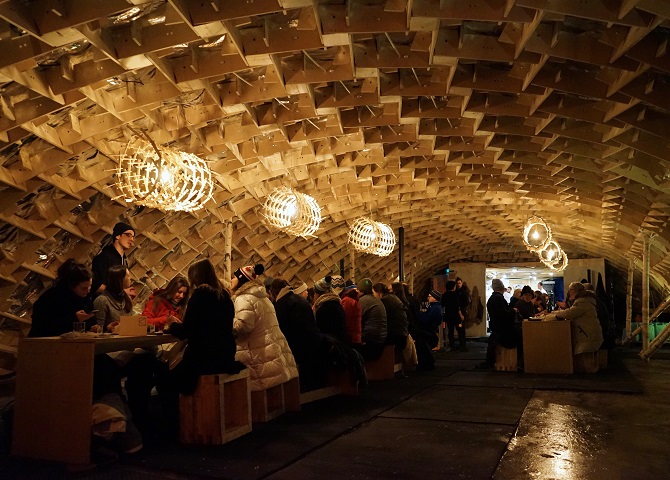