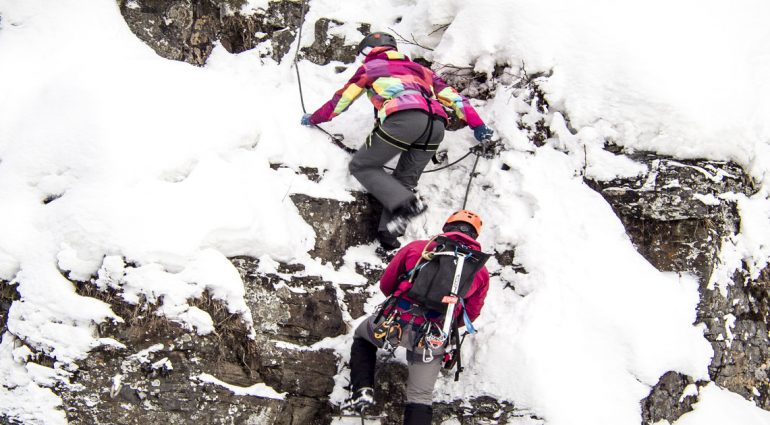 On the international stage, Canada may be known by its stereotype as the hockey-playing, maple syrup-loving nation with chronically polite tendencies. And when considering a visit, people’s must-see items will likely include things like going up the CN Tower in Toronto, or attending the Calgary Stampede.

With a little digging, though, you’ll find so many other uniquely Canadian things to do and see across the country. Things you’ve likely never heard of before. Did you know that you can surf on the St-Lawrence River, or horseback ride alongside bison in Saskatchewan?

So even if you think you’ve scratched off all the usual-suspect Canadian bucket list items, you’ve been looking at the wrong list! We’ve compiled some uniquely Canadian activities and quirky landmarks you probably didn’t know about — but should consider for your next great adventure.  You’ve got a little time to sneak in one or two more bucket list items before Canada’s 150th anniversary is over, so get packing.

If, like Indiana Jones, you’re terrified of snakes, it might be time to head to Manitoba to conquer your fear. Twice a year, the town of Narcisse (about an hour north of Winnipeg), is home to thousands upon thousands of red-sided garter snakes, making it the largest snake gathering in the world.

The slithery creatures surface from the ground’s limestone layers at the end of April and begin their unique mating process until mid-May. The male snakes emerge first, and once a female arrives, nearly a hundred surround her creating a ‘mating ball’ of sorts. Visitors can also check out this massive serpentine congregation in the fall when they return from their summer holiday in the nearby wetlands. The snakes aren’t poisonous, so if you’re feeling particularly bold, you can even pick one of the little critters up in your hands.

You’ve heard of whitewater rafting, but have you ever heard of tidal bore rafting?  In Nova Scotia, you can channel your inner sea captain and ride the Bay of Fundy’s tempestuous waves. The bay boasts some of the highest tides in the world and as they collide with the water from the Shubenacadie River, a natural aquatic rollercoaster is created for thrill-seekers during the summer and fall. You’re safely harnessed in and decked out in life vests, so even adventurous youngsters can come along for the ride. You can cap off your expedition with a mud slide along the river bank, so make sure to bring an extra set of clothes.

Picture this: it’s a beautiful sunny day without a cloud in the sky, and a cool breeze rushes by you while you float on your back in a refreshing salt water lake. Where are you? Why, Saskatchewan of course! Not what you expected, eh? But there’s a reason why the prairie province’s Little Manitou Lake has been dubbed the Dead Sea of Canada. For decades, tourists and locals alike have flocked to its shores and taken advantage of the relaxing, salty waters rich in sodium, potassium and other minerals.

Several spas in the surrounding Watrous area have even incorporated the water into their services because of its health benefits. Lucky for us, they’re open year-round so you don’t need to wait until summer to experience everything Little Manitou Lake has to offer.

Conquer the Via Ferrata in Quebec

Earlier this year, we chatted with Mr. Canada himself, Rick Mercer, about some of his most memorable Canadian experiences— among them the Mount Nimbus Via Ferrata in British Columbia. Italian for “iron road”, the Via Ferrata is a cross between a hike, an obstacle course and traditional rock climbing. As Rick Mercer put it, “You can go from zero to rock-climbing in 60 seconds.”

And you beginners needn’t worry about falling off the side of a mountain since safety is the number one priority: you’re guided by an expert, and saddled up with harnesses and protective gear to boot. The first routes originated in the Alps, but you can now tackle them across Canada. In Quebec alone there are a dozen options including the Via Ferrata in Canyon Ste-Anne, near Quebec City, which is open even throughout the winter. There are courses for every skill level, so no need to worry if you feel your climbing skills are a little sub-par.

Howl with wolves in Algonquin Park

With so many digital distractions, communing with nature at times can seem like a tricky task. In Algonquin Park, you have the opportunity to connect with the local wildlife through public wolf howls. You heard right; on a few nights at the end of the summer, you’re invited to hear naturalists mimic the howls of the wolves and hear the animals answer back. The appearance of the wolves can vary according to different environmental factors, so the main attraction is never guaranteed, but when the elusive packs do let out their howls, it’s a sound you won’t soon forget.

Need some more ideas for your off-the-beaten-path bucket list? Here are a few more to consider:

Surf in the St-Lawrence River

Kayak through icebergs in Twillingate, Newfoundland

Visit the biggest Elvis Presley festival in the world

Participate in a bathtub race in Nanaimo

Have a sour toe cocktail in the Yukon

See the Crooked Bush in Saskatchewan

Take a yoga class on top of the Rockies

Snorkel with salmon in Campbell River, BC

5 thoughts on “Where to be in December: The Quirky Canada 150 Bucket List”