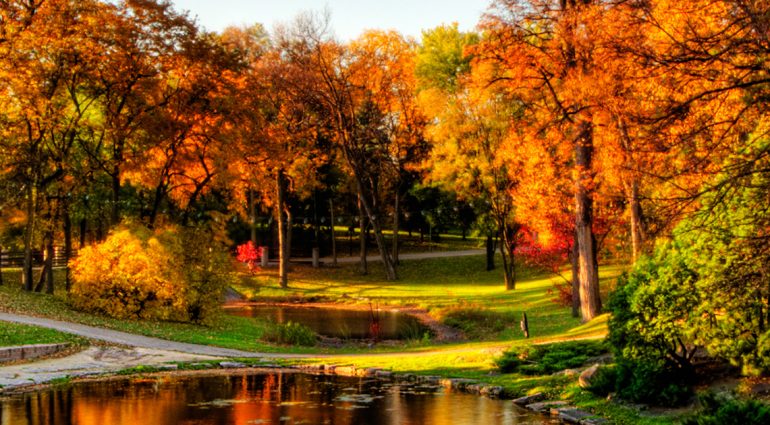 While most Canadian cities tend to mourn the end of summer, culture-savvy Winnipeggers welcome late autumn, as October brings with it the meaty part of our arts, culture and sporting seasons. It’s a great time to hang out and take in some true Canadian experiences – it is still our 150th anniversary year after all. For those still in the Canada 150 groove, here are some local-approved things to do in Winnipeg.

In and Out of the Water

While the surrounding lakes may be now be too cold for a dip, you should still pack a bathing suit as a trip to Thermëa, Winnipeg’s premier outdoor spa, is always an excellent choice. Under the towering evergreens of Fort Garry, Thermëa’s hot and cold pools work magic, while their mandate of having guests dine in robes in the licensed, farm-to-table restaurant is the height of cozy sophistication. On top of that, the ever-rising steam does wonders for melting away any extra inches that may have accumulated on your waistline this past summer. 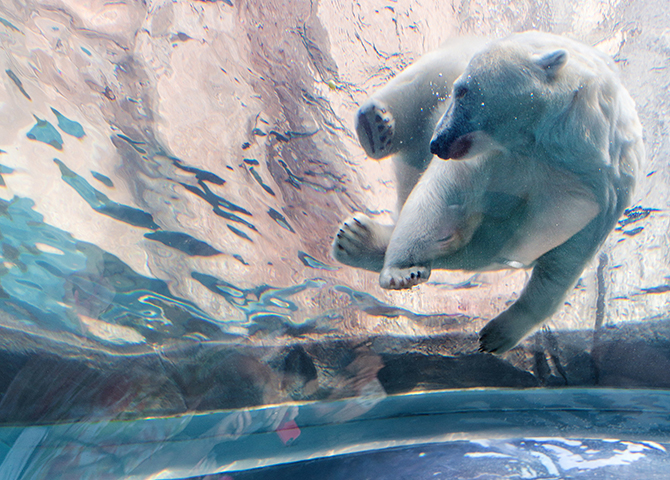 However, if you’d like to be a spectator and watch other heavy-set animals splash about in cold water, then a trip to Assiniboine Park Zoo’s Journey to Churchill is for you. All jokes aside, at the award-winning exhibit’s Sea Ice Passage you will come nearly nose-to-nose with numerous polar bears who swim and play all around you. I’ve seen full grown adults cry tears of joy at the spectacle (myself possibly included), so needless to say the exhibit is for all ages.

On the official front, the Canadian Museum for Human Rights (CMHR) is currently showcasing a crowd-sourced photography project titled Points of View. Curated using thousands of entries from across Canada, the exhibit is exemplary in presenting diverse national perspectives on themes like inclusion, the environment and reconciliation.

While a visit to the CMHR is always a must — the architecture alone, which literally climbs from darkness to light, is completely awe-inspiring — October offers an added bonus once you’ve reached the Museum’s pinnacle, the Tower of Hope. Perched high above the city, you’ll be able to see an expansive prairie autumn laid out below, particularly when you look east over the picturesque neighbourhood of St. Boniface.

For a more historical and directly Manitoban approach to Canada 150, head to the Manitoba Museum, where they have utilized pieces from their astounding collection to create the exhibit Legacies of Confederation: A New Look at Manitoba History. Using priceless artifacts, the exhibit examines pivotal moments in Canadian and Manitoban history like the Red River Rebellion, the signing of Treaty No. 1, and the ecological changes that occurred when Manitoba first became a province and was inundated with settlers looking to take advantage of fertile farmland.

Speaking of farmland, the newest autumn attraction that has literally grown to celebrate Canada 150 can be found at Deer Meadow Farms, just outside the city. Here, you’ll find a corn maze whose scale — at over 9.1 acres—is a fitting tribute to the world’s second largest country (by area).

While not an official Canada 150 attraction, this mammoth maze doesn’t get any more Canadian, providing a map that spans all three of Canada’s coasts featuring provincial symbols like British Columbia’s Cascade Mountains, Ontario’s Parliament Buildings, and a chipper beaver residing in Labrador. Considering that the maze is the size of five CFL fields, give yourself at least one hour to make it through all its territories, mascots, and shorelines.

Finally, for culinary enthusiasts who wish to see a map of the prairie region on a plate, there is Eat North’s Prairie Grid Dinner Series, whose Winnipeg leg will be held on Thursday, October 5.

This prix-fixe treats diners to five-courses from some of the region’s best chefs, including Winnipegger’s Pamela Kirkpatrick (of Forth) and Adam Donnelly, whose newest restaurant Clementine (where he co-chefs with Chris Gama) was just nominated by enRoute as one of Canada’s best new restaurants. They will be joined by chefs Jamie Harding (Calgary), Christie Peters (Saskatoon) and Lindsay Porter (Edmonton), for a collaborative dinner that takes inspiration from, in the words of Eat North, “the spectacular shapes, colours, and textures of the farming grid system that stretches from the foot of the Rocky Mountains to the Eastern edge of Manitoba.”

Note: Should you be able to tackle the Canada 150 corn maze map followed by eating little maps of the prairies at Eat North’s event, you can officially refer to yourself as Canadian cartographer.