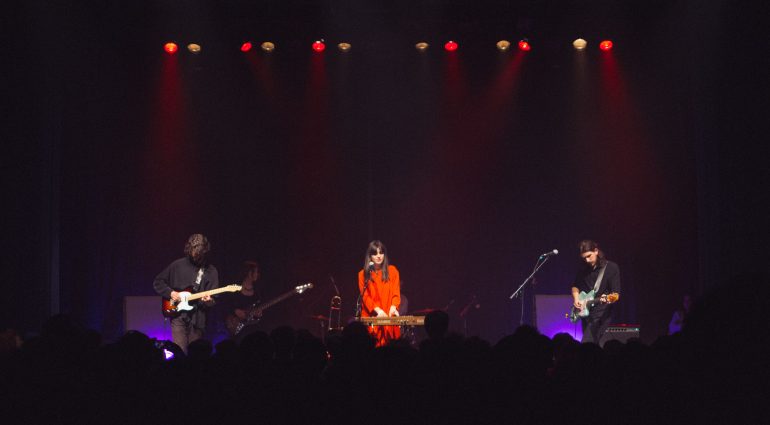 The prairies in wintertime: the very thought of it sends chills down your spine. That image of the lonely, open, snow-covered fields of Canada’s heartland, defined by long nights from December to February, brings out the need for a few months of cozy hibernation in even the most well-seasoned Canadian. But in recent years, a few courageous Westerners have lit the torch for a celebration of the winter, giving the inhabitants of prairie cities from Winnipeg to Edmonton more than just a few great reasons to brave the cold.

As not only a musician whose done my share of Canadian winter touring, but also someone born and raised in Edmonton, I’m well acquainted with the wintertime search for warmth. Here’s my list of the best Western Canadian winter festivals, occurring in the dark and chilly month of January, as we traverse the prairies in search of the kind of celebration only found in winter.

The city of Winnipeg stands tall in late January amidst the ocean of snowy land that surrounds it. Isolated by distance and space, from the legendary days of The Guess Who in the 1960s, to Propagandhi’s current and ongoing reign of prairie hardcore punk, Winnipeg has been home to a self-reliant and supportive music community for decades. Late January’s Big Fun Festival builds on this independent and locally-minded spirit.

“Touring in this time of year is treacherous,” admits Stefan Braun, festival organizer and artistic director. “But as Big Fun grows, and word travels further, it seems people are more and more willing to make the trek to get to our small oasis of a festival.”

Growing from 12 bands on three stages in 2010 to operating over 10 venues featuring 40 bands in the upcoming edition, Big Fun stands alone in its commitment to showcasing the finest independent local bands in Winnipeg and those from elsewhere (willing to make the trek).

“It seems people look forward to the festival, which in turn means people are looking forward to the end of January in Winnipeg,” Braun continues, “which I think eight years ago would have been absolutely absurd. It feels like we’re all in this together, propping each other up, and facing down the winter.”

Every year, Big Fun showcases the best and brightest in cutting-edge Canadian talent, proudly giving Manitobans a reason to bundle up for the sake of some of the best live music seen in the winter this side of the Great Lakes.

Saskatoon’s Broadway Theatre is a 430-seat venue that’s not only been host to some of Canada’s finest touring acts over the past 25 years, but also a destination for anything culturally left-of-centre in Saskatoon, be it late-night arthouse movie screenings to conceptual dance pieces. By 2010, the Broadway was also producing shows at other venues throughout the city.

In 2016, the Theatre expanded even further into full-fledged festival organization with Winterruption, a multi-venue arts festival happening across Saskatoon in “the darkest, coldest month of the year,” describes Kirby Wirchenko, executive and artistic director of both the Broadway Theatre and Winterruption.

“I felt really bad about trying to create this thing in a non-traditional time,” Wirchenko continues. “A number of booking agents initially kept saying ‘my artists don’t go out and tour then, not in January.’ But then we had [Canadian indie-rock supergroup] TUNS out in our first year, and I remember saying ‘thanks for coming out to Saskatoon in the middle of winter.’ Chris [Murphy, drummer of TUNS] replied: ‘We love to play. We don’t care when it is.’”

Winterruption has now expanded from seven shows in three venues to a staggering 23 shows in eight venues, each year featuring a lineup that’s diverse, exclusive, and unique.

On 118th Avenue, on Edmonton’s North Side, exists the Carrot Community Arts Coffeehouse. It is a well-respected community hub and headquarters of Arts On The Ave., the organization responsible for the humble beginnings of Deep Freeze: A Byzantine Winter Festival in 2006.

As the neighbourhood’s poets, writers and musicians gathered on a typically freezing cold January evening that year, acknowledging the short days, the biting windchill, and the heaps of snow that adorned transit lanes and sidewalks, “a light in their hearts went off,” recalls Christy Morin, artistic director, “so we decided to start a celebration of the heritage of the neighbourhood.”

Beginning initially as a one-day celebration of the old Ukrainian new year, Deep Freeze has expanded to include celebrations of the neighbourhood’s Métis and Franco-African populations, showcasing the city’s brightest talent in the fields of music, dance, theatre, sport and visual arts.

“Last year, 55,000 people showed up over the two-day festival,” says Allison Argy-Burgess, festival producer, elaborating on Deep Freeze’s ever-evolving story and history. “It was minus-38 for the whole week before, and on the Saturday morning, the sun came out and we set a record for attendance. People came from all over the city, because there’s so much to do, it’s family-friendly, and it’s all free; so I think it’s changed the whole thinking of the community, for the soul, and for the body.”