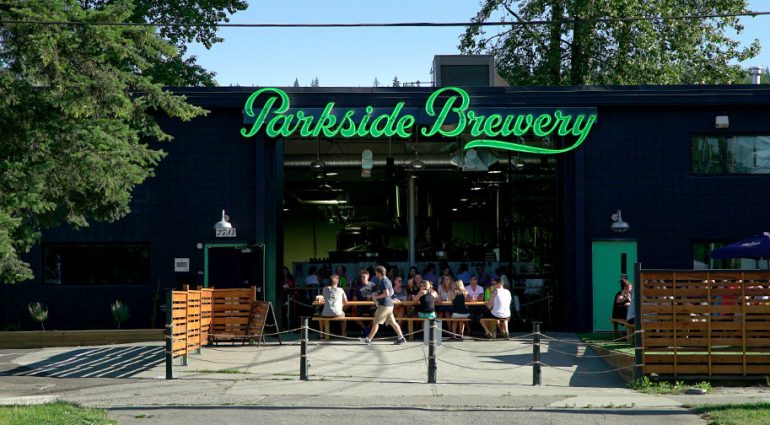 During my 1980’s childhood in Victoria, I thought my dad’s cans of Molson Old Style Pilsner epitomized beer greatness – mostly due to the colourful artwork with mountains, trains, and other Canadiana. (Obviously, as a minor, I never, ever had a sip.) In those years, I collected beer cans to return for refund on family camping trips to Hornby Island. This capitalistically motivated recycling netted me a whopping $16 in the summer of 1985. Maybe I was onto something!

Now, as an adult beverage consumer with an evolved environmental awareness, I’ve grown a true appreciation for BC’s burgeoning craft beer scene. And as I’ve discovered, the ways you can make beer-drinking more sustainable are as diverse as BC’s brewing styles and flavours themselves.

Here are five places you can go green with sustainable craft beer in British Columbia.

As a university student, I used to promote the Charles Dickens Pub on Victoria’s Inner Harbour while dressed as a Beefeater. Recently, I rekindled my love for the harbour by taking a car-free, self-guided tour of the BC capital’s best brewpubs. I used Victoria Harbour Ferry and my own two feet.

I boarded a water taxi outside the Empress and puttered past seaplanes and yachts en route to Spinnakers. Canada’s first brewpub, founded in 1984, delighted me with a four-beer sampler, including Blue Bridge Double Pale Ale and Chocoholic Chocolate Milk Stout, brewed with mineral water from the on-site aquifer.

I opted to wrap up my beer ramblings at the nearby Phillips Brewing tasting room, which opened last year. Swigging limited-release brews like Risky Hibiscus, I chatted with marketing coordinator Dan Reid about how Phillips used reclaimed timbers for this space and has cut its water consumption and packaging.

Nanaimo’s Longwood Brewery bills itself as “obsessively local,” relying on hops, barley, and other ingredients from central Vancouver Island farmers. I enjoyed such tasty concoctions as the Berried Alive Raspberry Ale and Steam Punk Dunkelweizen in the cozy, photogenic tasting room.

The flashpoint of East Vancouver’s craft beer explosion is once-industrial Mount Pleasant. Here, it’s easy to hit up perennial favourites like 33 Acres and Brassneck Brewery as a pedestrian or cyclist.

Alternatively, to stay safe and car-free while guzzling brews right across Vancouver, book a private group van tour with Vancouver Brewery Tours. Stops can range from Postmark Brewing, which created its Easy Lager to support the Pacific Salmon Foundation, to Bridge Brewing, which takes a zero-waste approach, including tangy Rye Cycle beer made out of unsold bread.

It’s a 40-minute ferry ride from West Vancouver to Langdale, the gateway to BC’s bucolic Sunshine Coast. You can lower your emissions as a bike passenger and cycle to Persephone Brewing Company in Gibsons.

This 4,600-strong town earned fame as the filming location for The Beachcombers. Today, Persephone – named after the log salvage boat in that CBC TV series – is wowing eco-conscious imbibers.

Many of these eco-friendly breweries congregate at multi-day BC beer events throughout the year. Here are just a few recommended by the BC Ale Trail.

Victoria Beer Week (March): Sampling dozens of new BC craft beers and mouthwatering food at the Victoria Public Market is one highlight of this shindig, which actually lasts more than a week.

Header photo: Parkside Brewery is one of four craft breweries within walking distance in Port Moody. Credit: BC Ale Trail