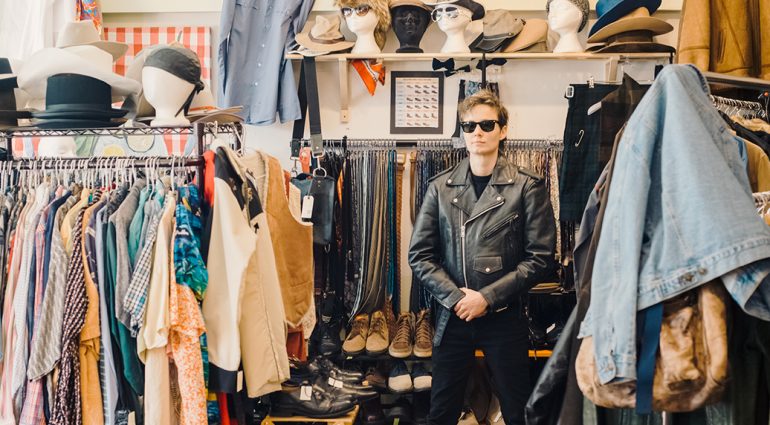 Halifax gets a lot of attention, and for good reason. But just a ferry ride across the Halifax Harbour sits another magical city, being its quiet and unapologetic self. Refreshingly rougher around the edges, it’s more than happy with its place just a little outside the Maritime spotlight (shone by a lighthouse, one would assume).

Dartmouth, aka the City of Lakes—some locals also call it Darkside—is Halifax’s sister city. Downtown Dartmouth has very recently experienced a bit of a boom, with hip storefronts moving in next to gritty bars. But for now, the town hasn’t lost any of the charm that makes it a welcome escape from Halifax’s bustling streets.

Here’s the ‘fight me about it’ section of this article. Of the sister cities, Dartmouth has arguably the best coffee (Anchored—get it at Two If By Sea), burgers (Ace Burger, which you can find at Battery Park), and greasy slice of pizza (Yeah Yeahs). And here’s the kicker—every one of those spots are in the same building on Ochterloney Street. But don’t take it from me—I live across the water in Halifax.

For the inside scoop I turned to my pal, local musician Mo Kenney, to get her take on where to go to find a good time on the Darkside. She gladly provides a rundown of her top picks the City of Lakes has to offer.

On Dartmouth’s main drag, Portland Street, there’s a beauty of a sandwich shop named The Canteen, which has both a main restaurant space and a take-out window for those with less time to spare. “I’ve been frequenting The Canteen since I first moved to downtown Dartmouth back in 2013,” Kenney says. “The food is incredible. I have to stop myself from going 7 days a week.”

When we sit down there for a bite on a sunshiney day, Kenney goes for the turkey club: free-range turkey, Oulton’s bacon (from Windsor, Nova Scotia), tomato, lettuce, pickles, and herb aioli on a sesame bun. It’s the necessary mouth-watering energy boost to start our tour.

Getting Dressed for the Occasion

Just a stroll down the street—you’ll need it after the sandwich—is King’s Pier Vintage, which contains a truly staggering amount of top-notch, hand-picked items.

“The shop recently relocated to Portland Street, which is great because now it’s even closer to me,” Kenney says. “The selection is always changing and it is always quality. I have spent a lot of time here and have found many gems.”

I fish through racks of old, mint-condition Levi’s jeans and snap-button western shirts while Kenney finds a real gem—a pristine leather motorcycle jacket that fits her exactly right. It’s a fated moment; anyone who’s ever tried to find a well-fitting vintage motorcycle jacket knows just how rare they are to come across.

Dartmouth has plenty of spots to wet your whistle, but Staggers is the best nothin’-fancy kinda bar to kick back with an Oland’s or a Schooner (the most prominent dad beers in Nova Scotia).

“Staggers is great for many reasons,” Kenney says. “The clientele and staff are super friendly, they often have karaoke, and there is a pretty nice selection of arcade games. If I’m in the mood for a beer (or several), this is usually where I’ll head.”

We’ve only got time for the one pint, but also take advantage of the sweet, sweet selection of games, which includes classics like Mortal Kombat and Street Fighter and an AC/DC pinball machine which (pun intended) rocks.

Rock Out and Restore Energy

One of Kenney’s longtime collaborators—Joel Plaskett, aka the Duke of Dartmouth—has been making music in his Portland Street studio called New Scotland Yard since 2013. A couple years later, he opened The New Scotland Yard Emporium.

“Coffee, records, baked goods—this spot rules,” Kenney says. “If I have some time to kill I’ll usually wander down and peruse the record selection and grab a coffee. Love to loiter and chat up the staff. And they just started stocking beer.”

We hang out while looking through records by other Dartmouth musicians like Matt Mays and Adam Baldwin. The Emporium also sells art made by Rebecca Kratz and features a sweet little reading nook where you can flip through old rock ‘n’ roll mags.

Get in Touch with Nature in the City of Lakes

There’s a reason Dartmouth is called the City of Lakes. It has lots of them, many of which you can swim in. Kenney spends a good chunk of the summer floating around the lake behind her apartment in her Explorer 200. Some don’t let you go for a dip, like Sullivan’s Pond for example, due to adorable geese that have become local celebrities. Birch Cove beach is one of the good swimming spots, plus it’s outfitted with a beautiful park where you can take a load off.

“I’m fortunate enough to have a lake in my backyard now, but I used to go swim at this park all the time,” Kenney says. “It’s usually not too crowded and the water is great. There’s also a walking trail that goes all around the lake.”

We sit down on one of the benches by the water and take in the scene, smack dab in the middle of Dartmouth yet surrounded by the calmness of Lake Banook. Sometimes the Darkside is pretty bright.