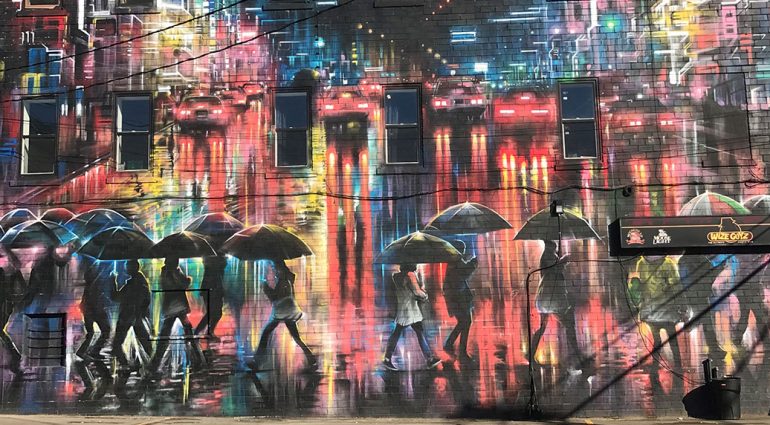 As New Brunswick’s biggest city, it stands to reason that there are plenty of things to do in Moncton. If you’ve visited the city before, you’ve probably enjoyed the usual spots like the waterpark, the zoo, or some of the great places to eat and drink.

However, away from those more obvious things, there are a bunch of other cool experiences you can have in the city. Here’s what to do in Moncton when you want to seek out something new or different.

Grown Up Experiences on Magnetic Hill

Magnetic Hill is named after a weird natural phenomenon where it feels as if your car rolls uphill of its own volition. The hill is home to the city’s water park and zoo, so if you ever visited the city as a kid this is probably where you ended up. At the top of the hill are two newer attractions that are strictly for the grown-ups.

The Magnetic Hill Winery is a hugely successful and multi-award winning venture that started out making fruit wines before expanding into growing grapes suited to the unique climate (especially the extreme cold) of New Brunswick. The winery is a sweet spot to head to for a tasting and picnic – they have readymade trays of local cheeses, fruits, and crackers on hand. Sitting on their huge patio looking out over the vineyards, fruit trees, and the city beyond was quite lovely (despite the soundtrack of thrill-seekers at the water park down the hill).

The Maritime province’s first Nordic spa opened in Moncton earlier this year, and it is a heavenly way to spend an afternoon. USVA Spa Nordik is a small but perfectly formed slice of heaven that sits just a few doors from the winery, with the same glorious views. After the standard hot-cold baths, relax in the hammock chairs (super comfy, with blankets provided to wrap yourself in), or sit around their fire-pit. There’s a bistro there too, and if you want to get super-decadent, book yourself a massage.

Back in downtown Moncton, The Aberdeen Centre is a converted high school that became a cooperative for artists looking to promote French culture. I had no idea that such a place existed here until I stumbled across a blog post about the excellent restaurant that’s housed in the centre – Les Brumes du Coude. As we waited for our table, barman Pierre Martin mixed us his signature cocktail, the Dr. Funk, made with Jamaican rum, Pastis, raspberry syrup, lime, and Peychaud’s.

The menu changes daily, and was listed on a huge chalkboard — in French. Chef and owner Michel Savoie took the time to translate, and I feasted on the braised short rib ravioli topped with Pernod seared scallops while my husband had the rib-eye on a bed of gnocchi poutine, both superb. We finished with the most delectable slice of sponge cake, layered with hazelnut cream, dipped in milk chocolate and served with a huge dollop of caramel. Three days later and I’m still salivating over that meal.

Taking an Art Walk in Moncton

Moncton has gotten a lot more colourful since the inception of the city’s Festival Inspire, a street art fest held each summer. There are now 41 murals in and around Moncton, and we spent a morning wandering around checking them out.

We headed down to the waterfront to walk alongside the muddy banks of the Petitcodiac River that the city sits on, and found an amazing turtle mural made up of discarded plastic. This mural was on the wall of the Starving Artist Gallery and Café, and we dropped in to grab a coffee. The gallery space was huge and we ended up chatting with owner Shane Myers to find out what it was all about.

The massive space that the gallery occupies showcases the work of 200 local artists. There were fun prints and postcards that we loved (in our price range), as well as way more expensive pieces (that weren’t), that we lusted over.

Interestingly though, the space doubles as an art school where you can take one day courses in all manner of arts and crafts (including blacksmithing and jewelry making). Plenty of visitors come to take courses, Myers said, and that sounded like a super fun reason to make a return trip to the city.

Once you look into things to do in Moncton, it becomes clear that there’s way more than you might have expected of this city – and plenty of reasons to get off the train and explore.

2 thoughts on “Unexpected Moncton: Different Ways to Explore the City”