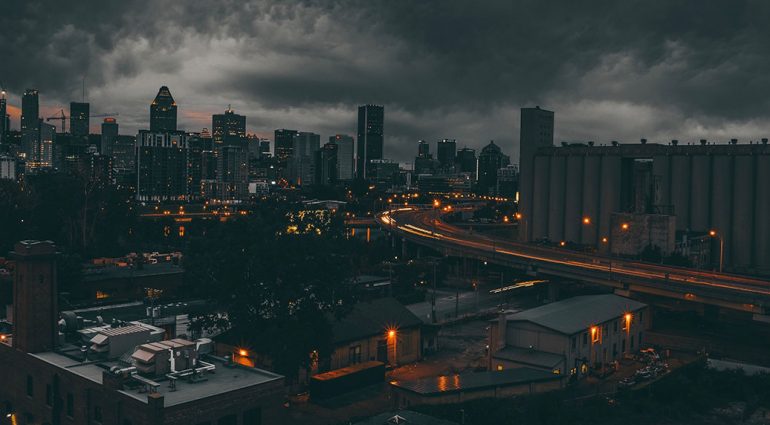 If you’re too old to trick or treat but you still love a good scare, there are more than enough haunted destinations in Canada to give you goose bumps, wherever your travels take you. Whether you’re looking for somewhere to visit, dine, or stay this Halloween—with the possibility of a ghostly encounter—we’ve got a cross-country list of suggestions. Enjoy your trip—see you on the other side?

PLACES TO VISIT (THAT WON’T GIVE UP THE GHOST)

Music lovers flock to this popular venue for live music shows—not dead people’s comebacks—but, as Mick Jagger would say, you can’t always get what you wa-ant. If you snag tickets in the dress circle section of this former vaudeville house, be prepared to spot a well-dressed lady ghost, darting off around the corner.

There’s also said to be a spirit in the men’s washroom (possibly an acrobat who fell to his death during his act), turning on and off the lights and taps. Heads up to the ladies: he gets especially vexed when women enter his gents-only haunting ground, so better off waiting your turn in the long line.

Back in 1953, when this hallowed place for hockey fans was a Bank of Montreal, a Rita Hayworth-lookalike teller called Dorothy shot herself at work with the bank’s revolver—allegedly over an impossible love affair. Her spirit is said to remain in the building, and visitors to the Hockey Hall of Fame have reported hearing a woman sobbing among the exhibits. Staff speak of lights flickering on and off, unexplained footsteps and the feeling of a hand touching them.

One events supervisor swears that he saw a chair turning by itself in the Conference Room, before moving right into his hands. And a little boy who once visited the Hockey Hall of Fame was heard yelling “Don’t you see her? Don’t you see her?” He claimed to be witnessing a woman with long dark hair passing through the walls

PLACES TO EAT AND DRINK (THROUGH CHATTERING TEETH)

As North America’s first licensed drinking establishment, this Old Montreal institution has been around for three centuries—more than enough time for a spirit or two to get attached. Tragically this historic building, which is today a restaurant and nightclub co-owned by rocker Garou; Cirque du Soleil founder, Guy Laliberté; and Swiss restaurateur Marc Bolay, was the site of a fire in which a little girl and her grandfather perished. They’re said to have stuck around (and not for the legendary fondue).

The original owner claims that he and other staff have heard organs playing in a room on the top floor, when the building was deserted. Piles of papers have also been seen flying through the air, when there were no breezes to lift them. And the girl’s ghost has been spotted roaming the corridors.

Some people go to this spot for the Nova Scotia Sea Chowder, others for the chills. Employees have many stories to share of hearing unexplained voices, seeing ghostly apparitions at the windows and even of being touched by a ghost (one server swears she felt a presence touch her face by the salad bar, which her co-worker confirmed by inquiring about the red handprint left on her cheek).

The seafood restaurant has had many past lives, so to speak, and perhaps the most chilling is as a funeral parlour that had caskets spilling out into the street after the Halifax Explosion and the sinking of the Titanic.

Built over 150 years ago as a city jail with miserable conditions, this building was converted into a youth hostel in the 1970s and is hopefully more comfortable, with its white-painted, brick-walled converted cells, cozy bunks and double beds. That said, so many visitors have reported paranormal activity there—most famously end-of-bed sightings of former Death Row dweller Patrick James Whelan—that TV shows like Mystery Hunters and the Girly Ghosthunters have both gone in and investigated. Stay if you dare!

Many hotels are wary of confirming the presence of ghostly guests for fear of scaring off the living ones, but not this one. They offer a weekend Paranormal Pub Crawl Package, which promises spooky tales, folklore and a ghost tour. Be prepared to do a double take if you spot a maid straightening cutlery in the dining room or a bellhop who mysteriously vanishes once his duties are done—both are said to be long-dead-and-gone employees who just won’t quit.

For further chills, go to:

Burton Cummings Theatre, Winnipeg—an actor couple who perished in a shipwreck are said to be behind ghostly applause and shadowy apparitions.

The Plains of Abraham, Quebec City—ghostly soldiers have been sighted and some visitors report smelling gunpowder and hearing cannons fire.

Peggy’s Cove Lighthouse, Peggy’s Cove, Nova Scotia—look out for the blue figure of a woman, who jumped into the ocean from here after losing her husband and children.

Delta Bessborough, Saskatoon—the friendly ghost of a bellboy reportedly haunts the stairwell, where he tripped and fell several storeys to his untimely end.

Fort Saskatchewan Museum, Edmonton—the only woman to be hanged in Alberta is said to make the lights go on and off and objects move around.

Make your (ghost) train reservations now, before you get cold feet. That’s the spirit!

One thought on “Haunted Canada: A Ghost Hunter’s Guide to Scary Destinations”