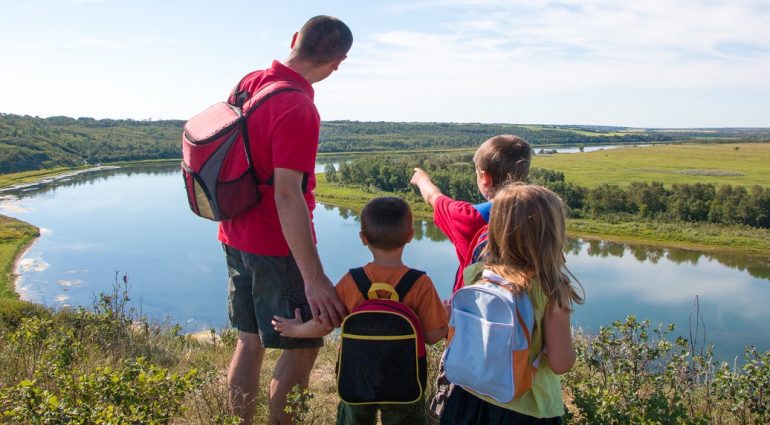 This is probably one of the best years to discover Canada. Every month, for Canada 150, we’ve been writing about the best things to do and places to go, based on the time of year.  As we approach the end of summer, we’re moving inland. One of the best places to be in September is Saskatoon. We’ve chosen this city not just for the alliteration (though it was definitely part of the decision. Furthermore “Saskatoon in September” really deserves to be a song) but because it has so much to offer in the fall.  It’s also one of Dan Aykroyd’s favourite Canadian cities, which is enough of an endorsement for us. Here are a few ways to celebrate Canada 150 by discovering a new city:

Eat Your Way Through the City

The best way to sample the flavours of Saskatoon is at the YXEats in early September.  The third annual YXEats festival showcases the restaurants and bars of Riversdale, a historic downtown neighbourhood with an eclectic mix of local flavours. This year, each menu will feature at least two ingredients from local Saskatchewan producers. There are also some ticketed events including three different cooking school classes and a Progressive Lunch and Dinner walking tour where you can eat your way through the neighbourhood.

Canadian country music fans will definitely want to book it to Saskatoon for this year’s Canadian Country Music Association Awards, happening on September 10.  Canadian country music’s biggest night features performances from some of Canada’s brightest country stars, like Dallas Smith and the James Barker Band, so best get your tickets now.  If “free” is more your price point, check out the CCMA Fanfest the day before the big show to hear and get your picture taken with fan favourite country singers.

Word on the Street is…

…a book and magazine festival in Saskatoon, literally!  This year’s Word on the Street takes place on September 24 in the Broadway Business District and includes author readings, discussions, and activities that showcase and celebrate the diversity of the Canadian literary landscape.  With exhibitors’ tent names like the Great Expectations tent and the Odyssey tent (not to mention a giant outdoor book store), this festival is a booklover’s dream. Past festival participants included literary heavy weights like David Suzuki and Yann Martel, so we can’t wait to see who they booked this year.

Light Up Your Labour Day

Summer may be almost over, but that doesn’t mean the fireworks have to stop. And who doesn’t like fireworks?! (Seriously, I want to meet them.)  The PotashCorp Fireworks Festival on September 2 and 3 is a great way to enjoy the long weekend.  In addition to the fireworks extravaganza, there’s a cultural showcase in the River Landing Amphitheatre, an arts and craft market, family fun zone, and food trucks.

The Cultural Side of Saskatoon

Celebrate French culture at the Journées du patrimoine (Heritage Days) at Batoche National Historic Site (about an hour north east of Saskatoon) on September 30.  The bilingual festival has interactive and educational family activities, workshops, geocaching, and historical vignettes about Gabriel Dumont and Louis Riel, the Métis leaders at the Battle of Batoche.  Make sure to visit the Taste of Métis Culture Craft Show and check out the handmade gifts.