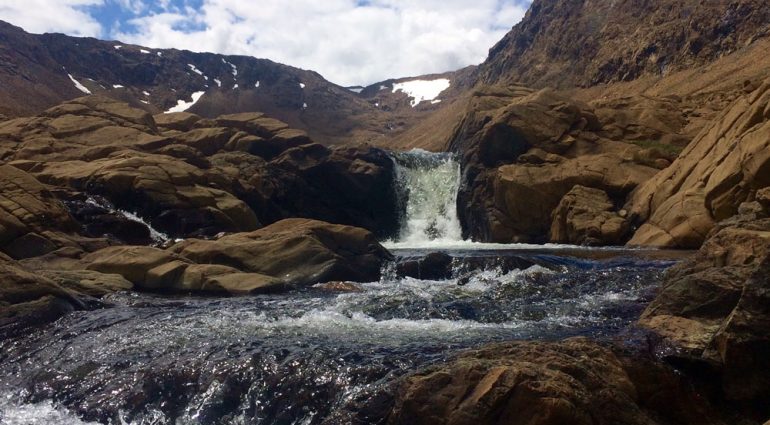 I am writing this at the end of my journey, sitting at a café in Victoria, BC with a marked-up checklist in hand. I made it: coast to coast in 40 days. My journey began back in June, flying to Newfoundland before hopping on the train in Halifax heading west.  Once I realized what it meant to have a Canada 150 Youth Pass, I abandoned my previous summer plans and focused on mapping the ultimate trip across the country instead. I had so many ideas of places I wanted to see and events I wanted to attend. In the end, I accomplished a lot on my list. 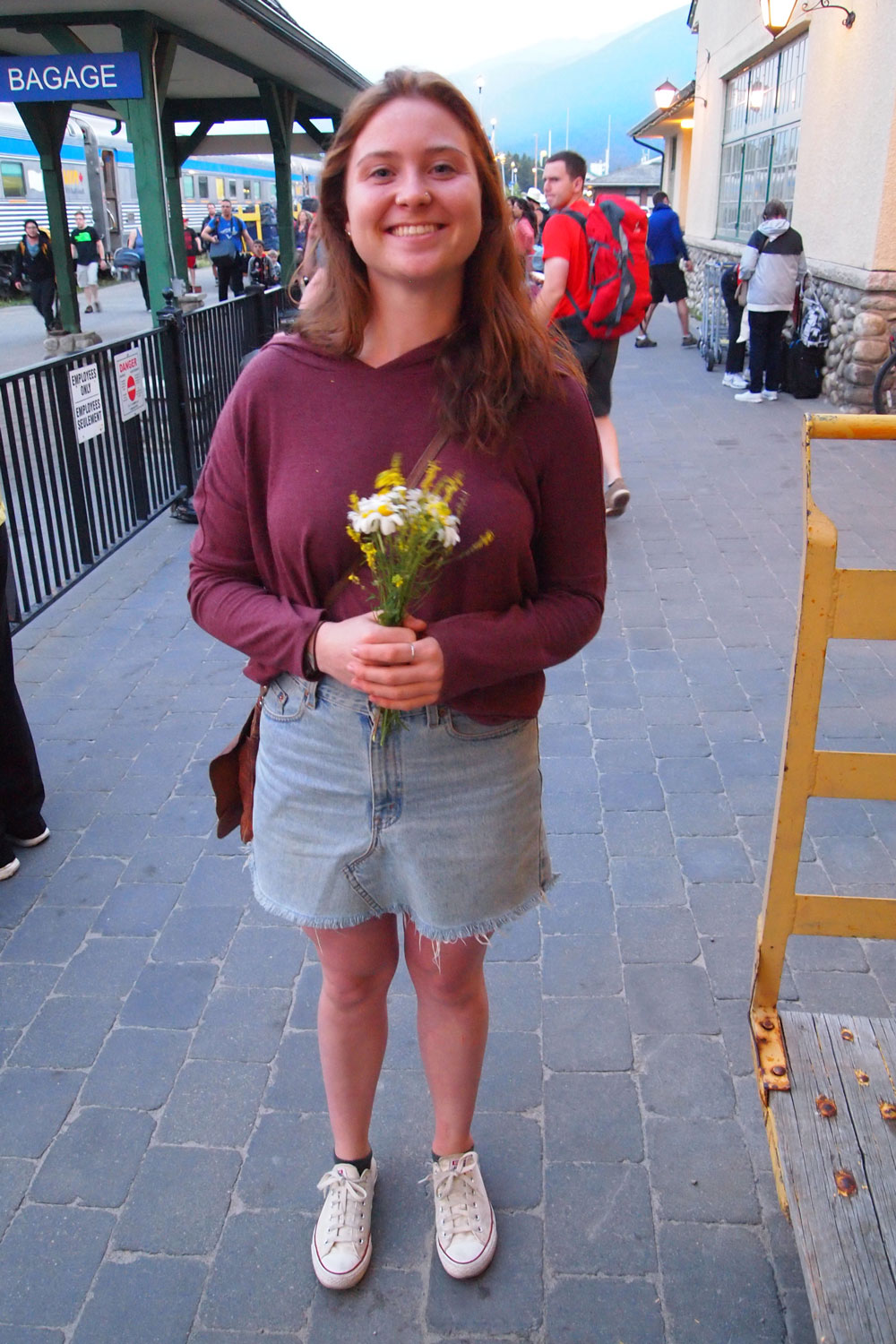 I hiked the tablelands in Gros Morne, walking on the Earth’s mantle. I made my librarian parents proud and went on a Halifax Central Library tour. I explored the political scene, past and present, in Ottawa, and I toured the National Assembly in Quebec City. I bought a cowboy hat at the Calgary Stampede, took a boat cruise to Spirit Island in Jasper, Alberta, and biked the Seawall in Vancouver. A month ago, I thought I would be telling the tale of a cross-country, lone wolf adventure. But now that would be an inaccurate depiction. The thing about this month is that no one was really travelling alone. 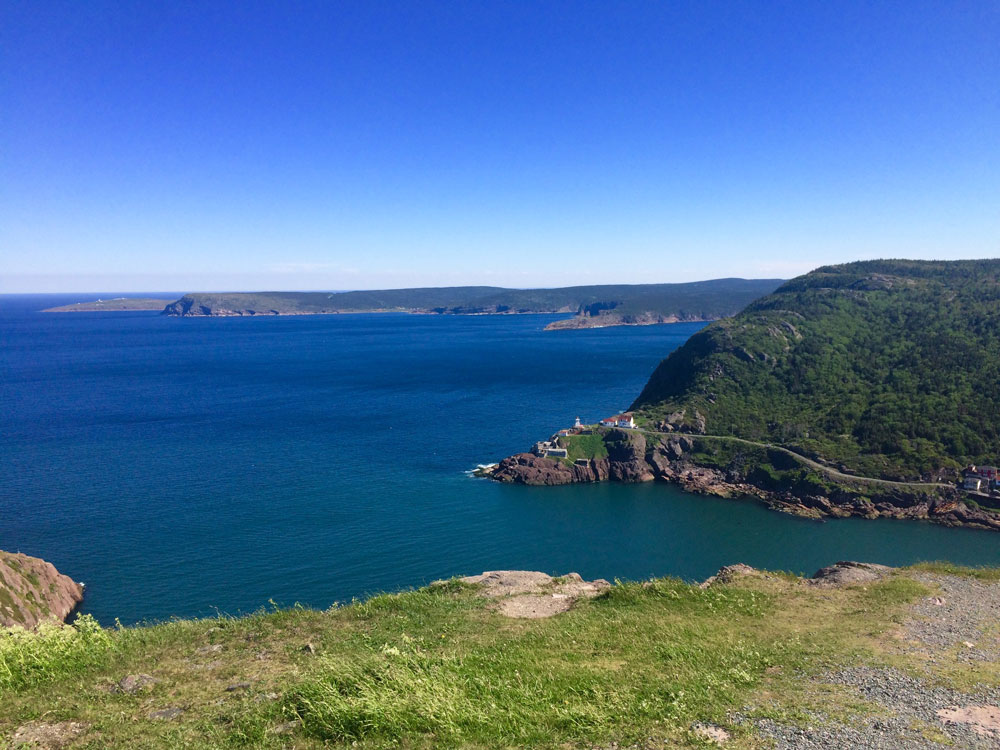 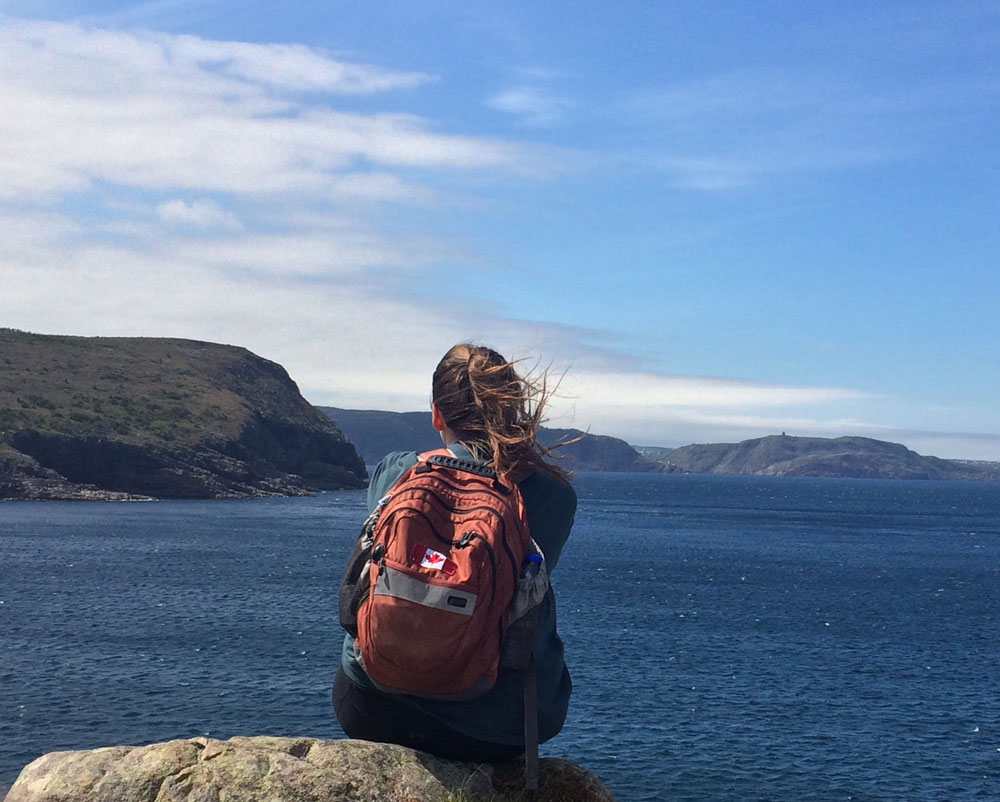 In Newfoundland, a fellow Mount Allison University alumna Jenna welcomed me to St. John’s. While at work, she sent me exploring in the direction of breathtaking views from Signal Hill to Cape Spear – the easternmost point in North America. I never did get “screeched in”, but did experience the famous George Street nightlife. Even though I didn’t know a whole heck of a lot about sports or the lyrics to Stompin’  Tom Conners’ Bud the Spud, Jenna and her friends forgave my ignorance. Even at the end of this journey, I can’t think of a friendlier place than Atlantic Canada.

My first train was from Halifax to Quebec City. My guitar case caught the eye of fellow pass holders and before long we filled the café car with music. Between the five of us, we had a pretty good repertoire to get us through the no-cell-service parts of New Brunswick. Three of us were switching between playing guitar, ukulele, and singing. The other two were taking videos for their vlogs. They laughed at themselves as they showed us their videos, apologizing for how “embarrassing” it was, but I didn’t think it was embarrassing at all. Most Canadians will go their whole lives without seeing their own country and here we were traveling from coast to coast before high-school graduation. I was impressed that they had the foresight to document it.

New friendships were constantly formed on the train, but at each stop, I connected with old friends from various points of my life. Each of them introduced me to the different Canadian culture of their region. In Quebec City, my pal from French immersion, Nadine, and I were excited to practice ordering drinks on Grand Allee and explore the truly French parts of Canada. In Ottawa, my more politically inclined university friend, Dylan, used his intern privileges for a private tour of Parliament Hill. I’ll never forget walking through Centre Block, listening to him colour each Prime Minister’s portrait with a fun anecdote. At night, my walking Narcity guide, Julia, took me to El Camino, Byward Market, and a weird alley party that somehow maintained a beach party vibe while simultaneously hosting a painting class.

The West Coast brought natural beauty, relaxation, and outdoor activities. As the train rolled into Jasper station, I looked out of the window to see my best friend holding a longboard and a bouquet of flowers. Jen planned the perfect weekend in Jasper, lined up with a Maligne Lake boat cruise, kayaking, and a hike to see the Athabasca Falls. In British Columbia, the ferry ride from Vancouver to Victoria was an attraction in itself. A former coworker, Hanna, picked me up at the ferry dock. Her life in Victoria had the same carefree vibe of a retiree. She showed me her favourite coffee shop – hidden in the oldest Chinatown in Canada – drove us up Mount Douglas for a 360-degree view of the city, and gave me a tour of the Fisherman’s Wharf. 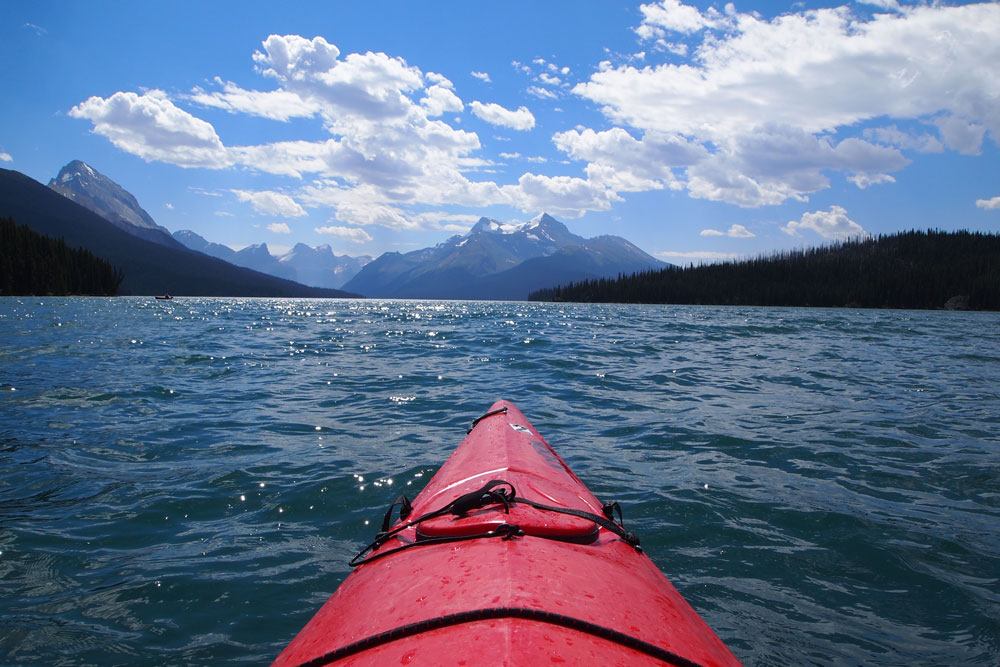 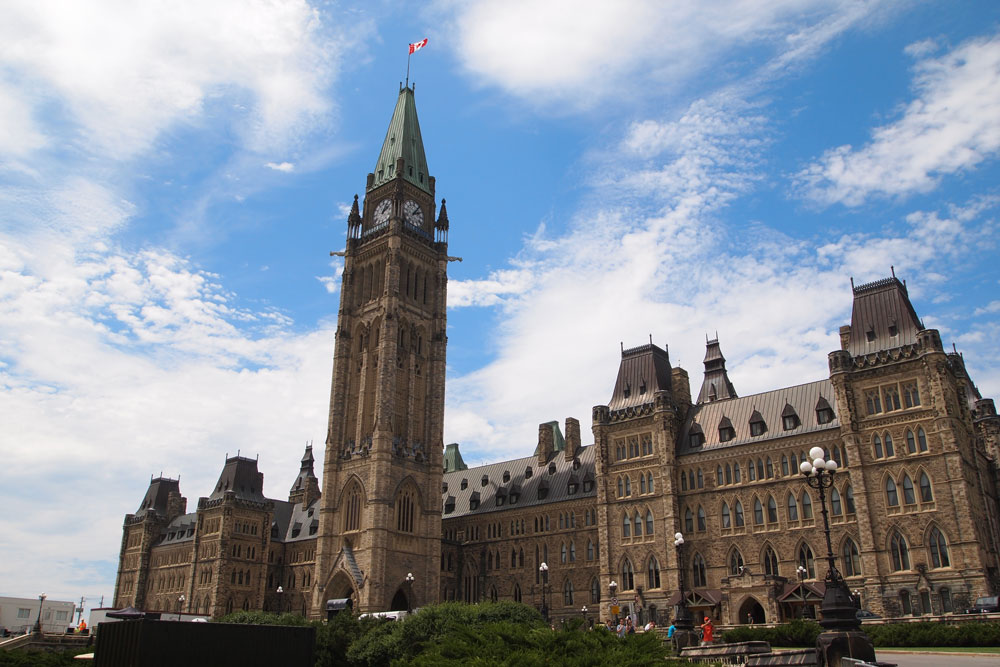 A trip that started out with a checklist of sites turned into a mosaic of memorable people: from my Calgarian friend Claire, reluctantly joining me in learning to two-step at Nashville North, to fellow pass holder Francois singing French songs with his ukelele as the train raced through the night and into Quebec. This trip connected me with once-in-a-lifetime experiences, but more importantly, it knit together a summer of unforgettable friends.