As the end of the month draws nearer, and the Canada 150 celebrations come to a close, our travellers begin the last legs of their journey. I had the opportunity to interview some of our #Via150 passholders both in Toronto during their stay in the city, and on the ocean bound train to Halifax. I asked the young travellers where they originated from, where they had travelled to thus far, where they were headed next, and the highlights of their Canada 150 adventures! 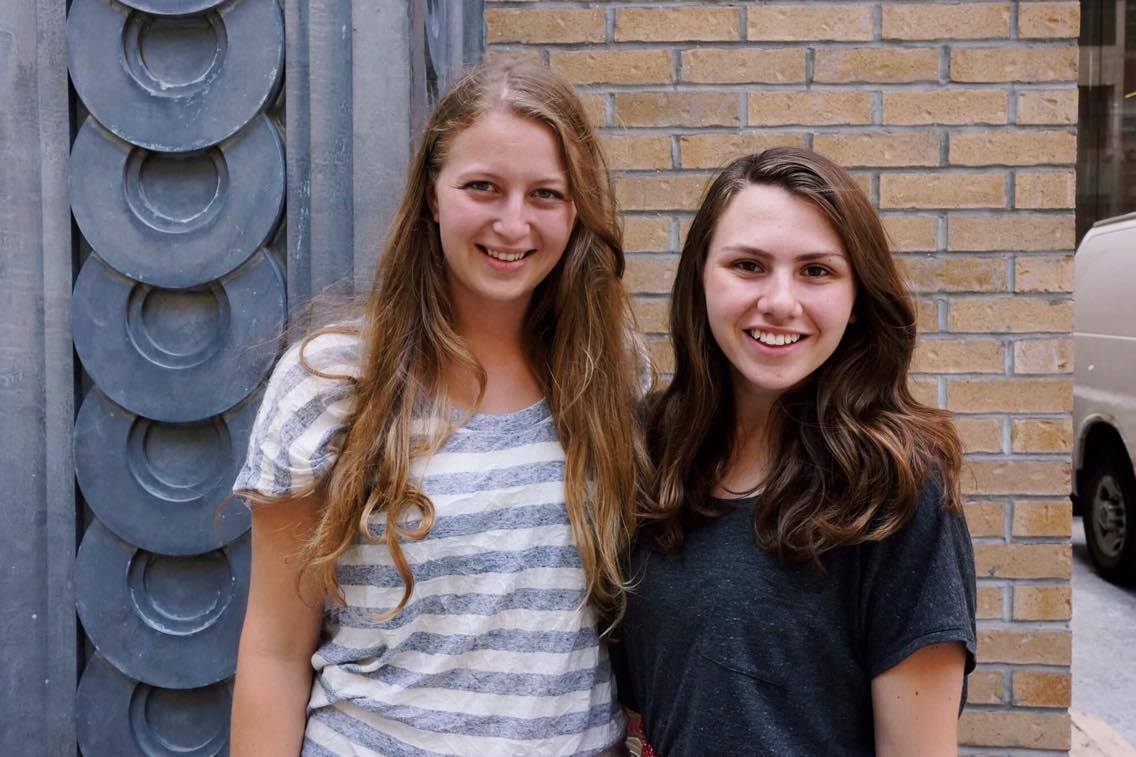 Starting off their adventure by flying to Halifax from their home city Edmonton they hopped on and off the train in various cities as they travelled from the east coast to where we met, a cafe in the financial district of Toronto. Sitting on the patio in the sun, I listened as they animatedly described the colours and liveliness of the oceanic views and harbours of Halifax, their favoured destination. As I asked them about their month so far, Savannah described the wonder of travelling by train across such a vast and diverse country, saying, “It’s crazy how our country spans from mountain ranges in British Columbia, to humid forest areas around Niagara Falls, to unbelievably big cities like Toronto and Montreal, to the vastness of the ocean off of Halifax.” Before departing to take in the sights of Toronto, Tasha put in her two cents on her experience with their travels, saying, “It has been an incredible experience to act as a tourist in my own country. I have always lived in and loved Canada, but to take the time to celebrate Canada and see so much more of the country than I have before has given me a new love for the beautiful land that we live in.” As we departed, I gave them some tips about Toronto’s best hidden gems, and they trotted off to spend a day at Woodbine Beach before heading to Kingston, and, finally, back home. 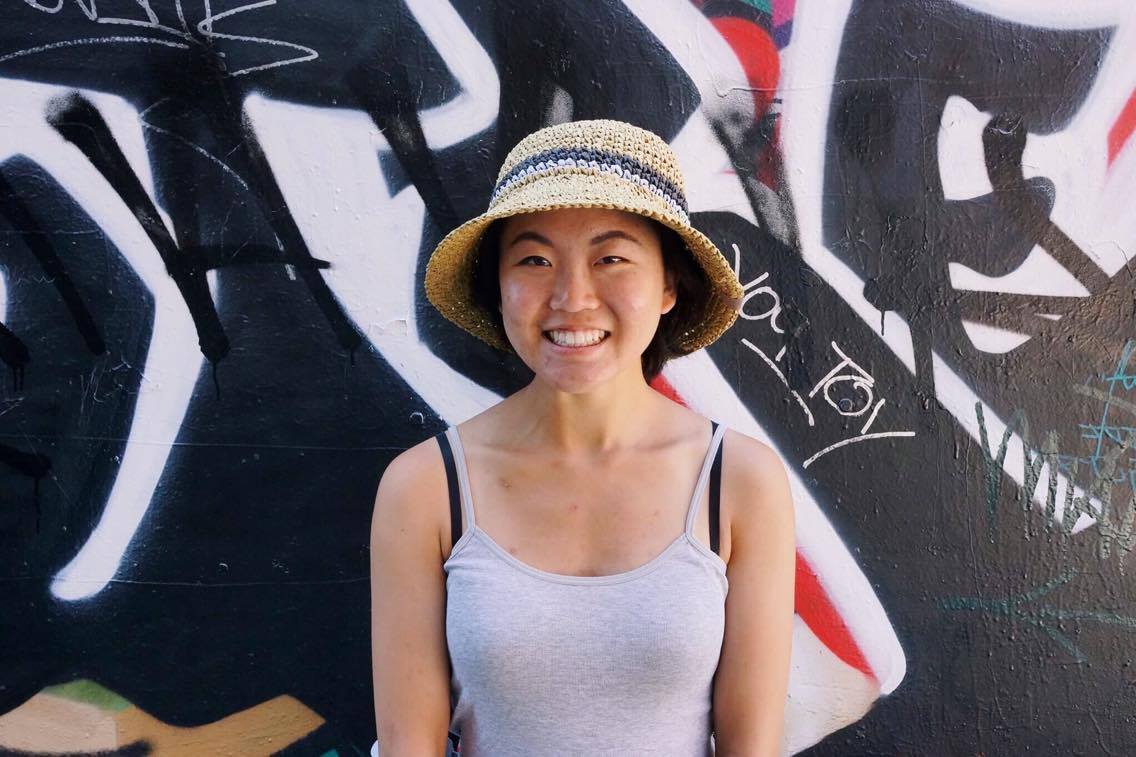 Beginning her adventure in New York, Minervina, a young woman who calls Vancouver home, has solo travelled across the country using her #Via150 pass to see all the sights that Canada has to offer. She has bounced across the Eastern side of Canada, stopping in Ottawa, Montreal, Quebec City, Moncton, Prince Edward Island, and Toronto, before she heads back out west to Jasper and Vancouver. As we sat in a small cafe on Queen Street she told me about her favourite travel destination, Ottawa, saying, “One of my favourite parts during my trip has to be checking out the museums in Ottawa and just being in the country’s capital for Canada Day.” The day after we had met up, she texted me to let me know that the Art Gallery of Ontario had lived up to my recommendation, and was one of the best she had seen thus far.

Favourite destination: Ottawa, as she stayed in the city during the #Canada150 celebrations! 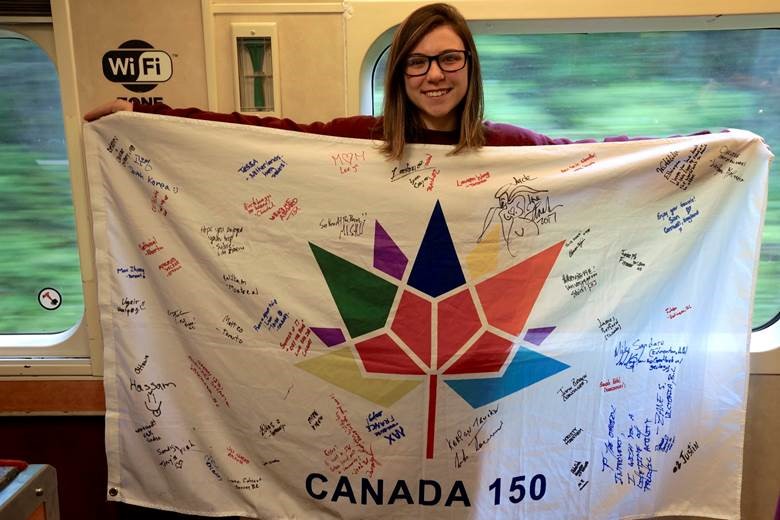 Starting off at her grandparents’ home in Montreal, Jade flew out to Vancouver to begin her coast to coast trip. She brought along a Canada 150 flag, which she asked those she encountered along the way to sign, including Canadian singer-songwriter and this year’s Calgary Stampede host Jann Arden. As she got me to sign her flag, Jade told me that her favourite part of her experience travelling cross country was simply meeting and exploring the farthest reaches of Canada with the other #VIACanada150 pass holders. We disembarked in Halifax, one of Jade’s last stops on an adventure she will never forget.

Favourite destination: The Calgary Stampede, where she met Jann Arden. 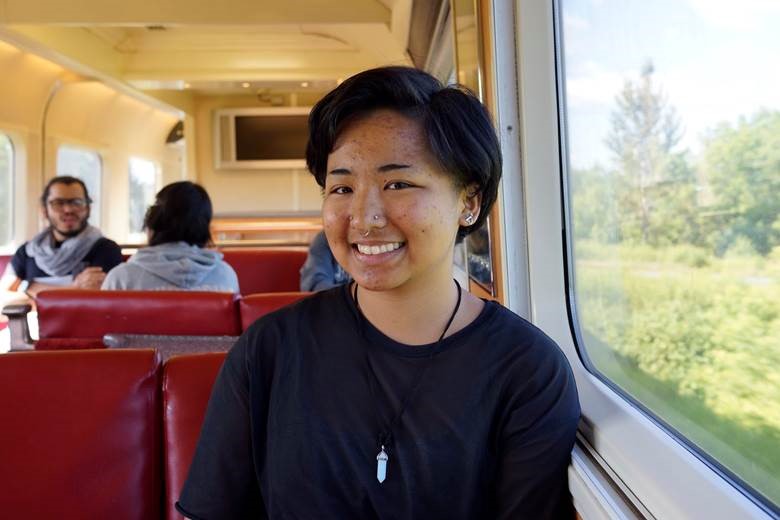 Throughout the month of July, Rosa has crossed Canada from coast to coast, with her skateboard in tow. Departing from Vancouver at the beginning of the month, she’s pictured here on a train headed to Halifax, from where she will continue on to her final stop: Prince Edward Island. As we sat in the lounge car of the Ocean train, Rosa told me about the adventures she had while travelling solo across the country, saying that “meeting all kinds of people from different places and backgrounds was neat. Sharing the experience of exploring with them was pretty cool too.” Chatting about the trials and tribulations of discovering new cities, like figuring out their transit systems only to ignore them and skateboard across the city, it was clear that Rosa has been having the trip of a lifetime.

Favourite destination: Toronto, where she visited with family and friends who live far away.

While these travellers have had vastly different trips and experiences, they all have one thing in common: fond memories of their #VIACanada150 travels. Be sure to share the memories you have created over this past month by posting your photos and stories on social media using the hashtag #VIACanada150 and tagging @VIARailCanada.