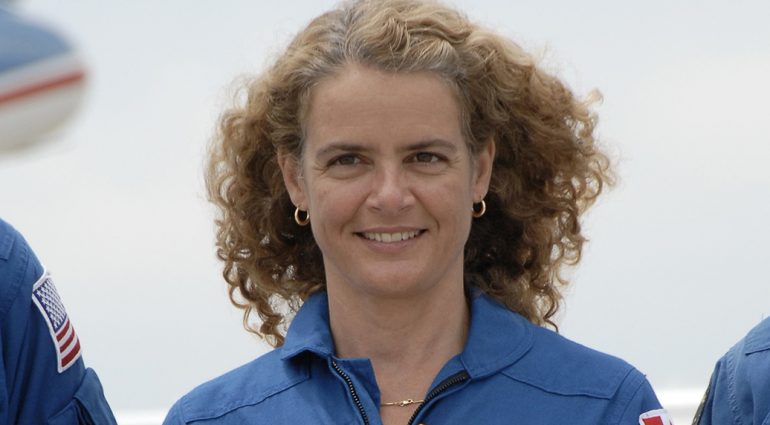 Before being named Governor General of Canada, Julie Payette has been working away, seemingly night and day, building a long, diverse and, quite frankly, jaw-dropping resume. As one of only two Canadian women ever to go to space, she has seen the world from above as well as below (as certified deep-sea diver),  visited cities all over the globe (as a scientist but also as an accomplished singer), and visited Canada “from sea to sea to sea many, many, many times”. She has more certificates, degrees, honorary degrees, special honours, and hidden talents than seems possible for one lifetime. She is cultured, eloquent, crazy intelligent and grounded (for now, only time will tell if she boards a spacecraft again one day), and we’re looking forward to seeing her make her mark as governor general.

Between what will likely be a whirlwind of events and official duties over the next few years, we’re hoping Ms. Payette takes a little time to relax and recoup in her hometown of Montreal, Quebec. Here she tells us her favourite places to hang out, and about being a proud Canadian.

Where do you feel most at home?

When you come back to Montreal, where are your go-to places?

JP: I’m from the north part of the island. In the city of Montreal, centre-north is where I grew up, is where I still live, is where my parents are where much of my family still is. It’s a district called Ahuntsic.

Where do you like to go out to eat?

JP: That’s one of the strengths of this beautiful city, its gastronomy – it’s good everywhere. And there’s such choice. I go for Indian food in Mile End, near Jarry and l’Acadie, and then I go for Vietnamese near l’Acadie and Sauvé, and then I go for Chinese in Chinatown, and I go for Italian in different places, it could be Montreal North, there are really good ones there, and there are some very good on Notre-Dame street. We have such a variety of great restaurants!

JP: I do. I am an ambassador of Canada 150, so I am going to participate in some events. I’m participating in celebrations for the 375th of Montreal as well, and there’s also the 50th year of Expo 67. So this is a big deal for Montreal, we have three huge celebrations – it’s going to be a busy summer!

With Montreal 375 this year, what do you recommend that people do in the city?

JP: If they come during the summer, we have one festival after another, the Jazz festival being, probably, the “centerpiece” of the festivals, and it’s a street festival, so people are outside, musicians are outside… in Montreal it’s very lively, lots going on.  But personally, I’m often up in the Laurentians, camping, or canoe camping.

Do you have an area of the Laurentians you prefer?

JP: Yes, the Tremblant area and park, and then even more north. Gaspé also, I go to Gaspé quite a lot – Gaspésie.

Other than Montreal, is there any other area of Canada that you feel very drawn to?