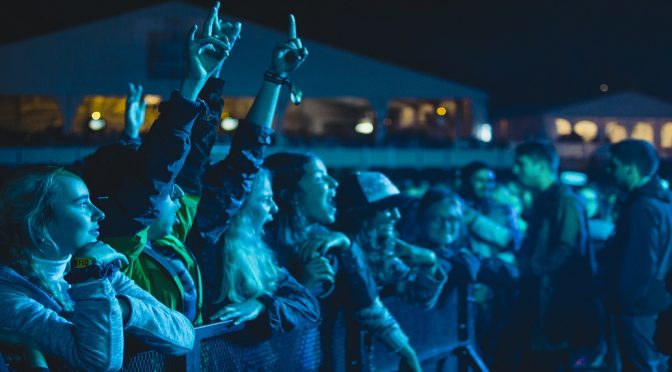 In the past, Festival d’été de Québec has frequently been named as one of Canada’s best kept musical secrets, but it boggles the mind as to why. Each year, the festival routinely cranks out one of the country’s most ridiculously stacked lineups, with past performers including everyone from the Rolling Stones to Elton John to Lady Gaga. As they celebrate their 50th anniversary, this year’s no different, and the next 50 festivals will no doubt provide unforgettable musical memories for those who make the pilgrimage.

Superstar hip-hop artist Kendrick Lamar is in town fresh off the release of his latest album, DAMN., and British legends The Who capping off what’s sure to be a brilliant summer night on the beautiful Plains of Abraham. It’s not just the programming, either—Quebec City is one of Canada’s most breathtaking cities, and it provides a stunning backdrop to the outdoor concerts. The festival is an event worthy of the trek along the St. Lawrence River to see, so we put together some top picks for the 10-day party and talked to a couple local musicians (who are also part of the festival line-up) about what to do in Quebec City.

The first big night of the festival features a tough-to-beat lineup on the main Bell Stage that kicks off with the ballistic energy of Montreal’s Dead Obies, an experimental “franglais” rap group that should set a pretty rowdy tone. Soulful singer-songwriter Gabrielle Shonk, born and raised in Quebec City, is set to play a couple days later. She’s most excited for the R&B act taking the stage just after Dead Obies, “I’m super stoked about seeing Anderson .Paak,” Shonk says over the phone from Montreal. “I really, really love his record. I love him. He’s really cool. Me and my band like to make each other listen to things, and I think that’s definitely one of our top records this year.” One of Compton’s favourite sons, Kendrick Lamar, will end that night on the main stage, and likely with a bang.

Shonk, who grew up opening for punk bands around the city as a teenager, says that of course you have to check out Old Quebec, which is very close to many of the shows. It’s easy to walk and filled with gorgeous European architecture. “It’s really nice, because when you go into Old Quebec, there’s a terrace near the Château Frontenac where you have the whole view of the St. Lawrence River,” she says. But she says Saint-Roch, located a bit northwest, has a really nice vibe as well, packed with little shops, cafés, and restaurants. “I’d walk down St. Joseph street. There’s a raw vegan restaurant there called Crudessence that I really like. I’d probably go there and get lunch, then later you could go to bars and stuff on the street there and hang out with friends.” Shonk’s debut record is slated to come out this fall, so watch for its release date.

When we ask the crystal-voiced Amélie No—also a born and raised local—about things not to miss in town, she immediately mentions the “very pretty” Montmorency Falls, located around 12 km from the heart of old Quebec City. “The city is really small,” she says. “So when you want to go to a mountain or a forest, it’s really close. It’s fun to have the urban and the nature together.” No plays just a couple days before innovative, virtual, English alt-rockers Gorillaz, who she’s pumped to check out. She’s putting her first single out only about a month before she hits the Fibe Stage.

Here’s the thing about music festivals: they go on for a long time, and there’s usually a couple drinks involved, and you’re going to have to make sure you either prepare well for some late nights or at the very least, chow down before bed. Given that you’re in La Belle Province, you’re going to have poutine (admit it, you will), so you may as well grab the best one. A mess of fries, cheese curds, and gravy from the province in which it was invented is likely to help soak up any beer you drink, and Chez Ashton* has one of the most delicious versions in town. Not to mention they’re usually open very late, which is scientifically the best time to eat poutine.

Honestly, the Festival d’été de Québec makes figuring out what to do in Quebec City pretty simple. You could see throwback boy band the Backstreet Boys one night, and then Nashville’s country stars Lady Antebellum the next. You could dance up a storm to the powwow-step beats of A Tribe Called Red, or head-bang to folk-trash banjo strummer Lisa LeBlanc. But in the morning, walk off all that delicious poutine and beer with a stroll through one of the country’s most beautiful cities, so you don’t miss one of the best things about the festival: the setting.