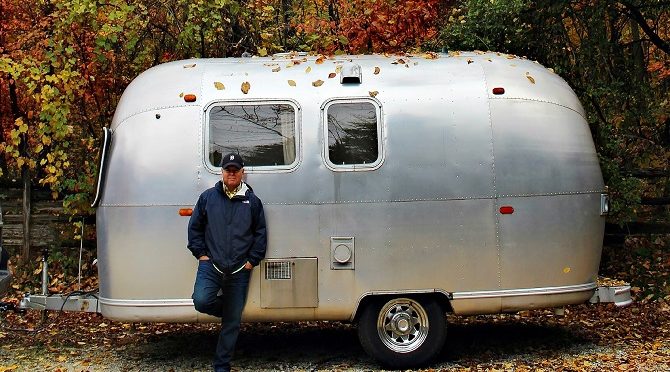 Terry O’Reilly, the host of one of my favourite podcasts (and CBC radio show) Under the Influence, has taken some time for a chat on our trip between Ottawa and Montreal. “I haven’t been on a train since I was in university,” he smiles, “so this is a wonderful experience for me. And I’ve often had a fantasy of taking a train trip across the country. The romance of the train travel, watching the country go by through a great big window…” 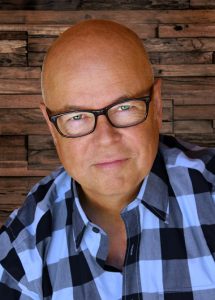 Terry’s specialty is marketing, so an endorsement from him is worth its weight in gold. In 1990, he launched his own advertising company, Pirate Radio and Television, through which his show is produced. Under the Influence (and The Age of Persuasion, as it was named for its first six seasons) is a candid, behind-the-scenes analysis of the world of advertising. And in case you’re wondering how much back end there is in the business, he’s still going strong 12 radio seasons later.

In fact, in order to streamline his life (pun intended), Mr. O’Reilly is transforming a 1969 Airstream Trailer into a recording studio, “if I’m travelling I can just bring my studio with me.”

A true Canadian, born and raised in Sudbury, and now living in Creemore (of craft beer fame), Ontario, Terry took a few minutes to provide some insight into the changing nature of his work, and his favourite places in Canada.

Q: Over the past decade, the world of podcasting has taken over the audio scene. What do you think about podcasting vs radio?

TO: I think podcasting has changed everything. When you think about it, prior to that you would have to be sitting in front of your radio at 11:30 on Thursday morning or Saturday morning to hear my show, and now it’s listening on demand. So the amount of listeners that it has brought to my show is astounding. I mean – our little show – we’ve had close to 9 million downloads. Imagine!

The best advertising tells a story. The Newfoundland and Labrador campaign is absolutely beautiful, it’s just slow, beautiful storylines and vivid colours and imagery. There is great tourism advertising out there… it’s really [about] telling a story and winning your heart.

Q: Do you have one “Canadian experience” that you would recommend experiencing for Canada 150?

TO: Let’s say someone was coming over here for the first time, I might say to them, “take in both coasts”. Go to BC, take in the western side of this country and then go to the East coast and take in the Eastern. Because I think that will, in a way, sum up a lot of Canada. And then I’d say do Quebec because that’s [quite] unique – the whole French experience.

Q: Are you doing anything to celebrate Canada 150?

TO: I do an annual episode [of Under the Influence] called “Brand Envy”. I pay tribute to brands every year in that episode. This year, I’m doing all Canadian companies, which I’ve never done in 12 years of this show. So, in honour of Canada’s 150th birthday, that episode will be about great Canadian brands. [this episode has aired! listen now –ed.]

Q: Where do you consider your home?

TO: Home definitely is Creemore, that’s our hub. But, there’s no doubt about it, most people have a warm spot for their hometown, which I do. Sudbury – my wife is from Sudbury too – we still have roots there. Both of our families are still there, we go back a lot.

Q: What do you recommend visiting in Sudbury?

TO: Science North is fantastic and it’s also on the water. Sudbury has something like – don’t quote me on the exact number – 330 lakes within its geographical span. It’s astounding. One of the biggest lakes is Lake Ramsay, which is right in the middle of the town and on the shores of that is Science North, so it is absolutely beautiful and wonderful. If you are going to Sudbury you have to see that.

Then there’s the Big Nickel, the classic landmark of Sudbury, because Sudbury was, for decades, the nickel capital of the world.

Q: And where do you like to hang out in Creemore?

TO: First of all it’s beautiful, because it’s part of the Niagara escarpment. When you go north on Airport road from Toronto, you’ll hit Hockley Valley, and then the road starts to undulate and it’s this beautiful farm country – it’s a beautiful part of the world. And Creemore, for a little teeny town, has great restaurants. It has the famous Creemore brewery, which, whenever I say I live in Creemore [people] say, “ah, the beer!”

Q: Where, in Creemore, do you like to eat?

TO: I’d say Creemore Kitchen. And then there’s another great restaurant called the Terra Nova Public House that is fabulous.

Under the Influence still plays on Thursday and Saturday mornings on CBC Radio one. If you don’t happen to be sitting by the radio when it airs, you can always (you guessed it) download the podcast. 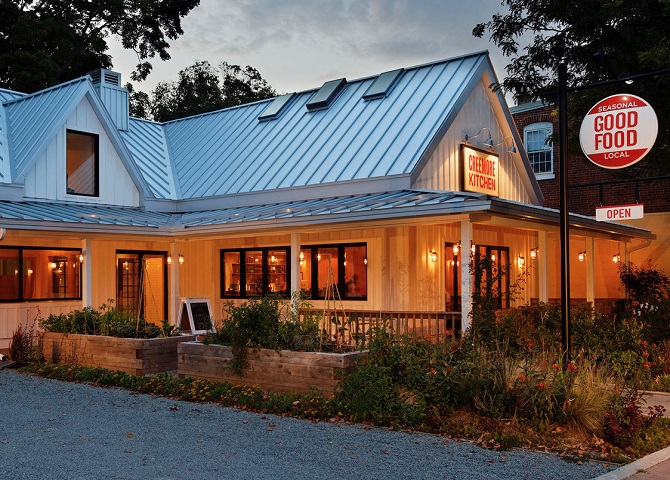 One thought on “Under Terry O’Reilly’s Influence”