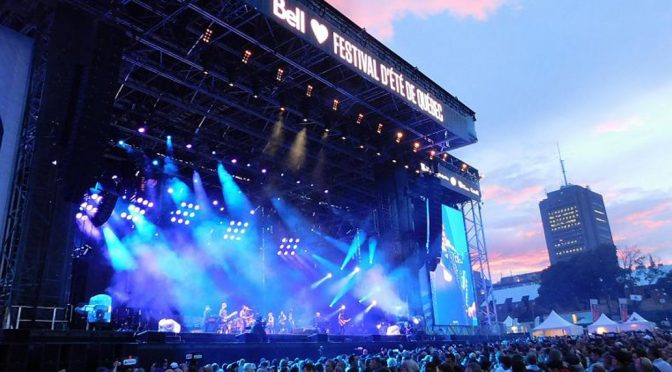 I got my first real taste of music festival fever at the 1994 Commonwealth Games in my native Victoria. Nightly, Canadian stars like Jann Arden and Colin James rocked the Inner Harbour with free shows as thousands gathered on warm August nights. Cut to 2017, and Canadian music fans nationwide are abundantly blessed with festivals to attend this summer.

From Quebec City to Vancouver, there’s nothing like curling up on a blanket, sipping something delicious, and singing along to your favourite band’s hits in the hot sun – or discovering a brand-new indie or folk artist beneath a blanket of stars. Festivals aren’t just musical events anymore: they’re social gathering places, food and beverage-sampling meccas, and many are designed for fans of all ages (so bring the whole family). Here are my top picks for this summer’s finest music festivals.

This annual 11-day extravaganza in July, also known as the Festival d’été de Québec, attracts some of the world’s biggest acts. On my first visit to the festival last year, I was blown away by the crowds of nearly 100,000 that gathered on the Plains of Abraham to catch the likes of Duran Duran, Rammstein, and the Red Hot Chili Peppers.

2017 marks the 50th anniversary of the Quebec City Summer Festival, and organizers have lined up icons from Pink and the Backstreet Boys to Metallica and The Who. But there’s more than just the big names on the Bell Stage.  Enjoy the eclectic stylings of bands like Phantogram (U.S indie pop), A Tribe Called Red (First Nations hip-hop and recent “Producer of the Year” Juno winners), and Les Dales Hawerchuk (Francophone rock). An all-access pass ensures entry at six outdoor and indoor venues all festival long, and admission is free for kids 11 and under.

In Canada’s most European city, restaurants along the picturesque Grande Allée are jammed with excited customers, and nightclubs stay open until 3 am. The atmosphere of joie de vivre is palpable during the festival.

In nearby Montreal, don’t miss the Montreal Folk Festival in June, which has grown by leaps and bounds since its 2008 inception. Taking place at the Esplanade du Centenaire on the shores of the Lachine Canal, it’s a winning combination of free outdoor concerts and ticketed shows indoors. This year’s headliners include such acclaimed singer-songwriters as Sarah Harmer and Donovan Woods.

This family-friendly event includes the Lhasa de Sela Youth Stage, which showcases up-and-coming performers between the ages of four and 19. Little ones will also love the face-painting, arts and crafts, and inflatable structures for playtime in the family area.

If you’ve only got one day this year to devote to a music festival, the CBC Music Festival in Toronto is a stellar choice. Taking place in May at the 5,000-capacity Echo Beach outdoor venue at Ontario Place, it offers a relaxed and fun vibe with an all-Canadian roster.

Girl power is front and centre with dynamic vocalists like Serena Ryder, Sarah Slean, and Ruth B (recent Juno Award winner for Breakthrough Artist). Also, Walk Off the Earth will deliver its wacky melange of ska- and reggae-influenced cover songs, and Keys N Krates will perform electronic singles like “Save Me.” General admission passes are reasonably priced and children 12 and under are free. 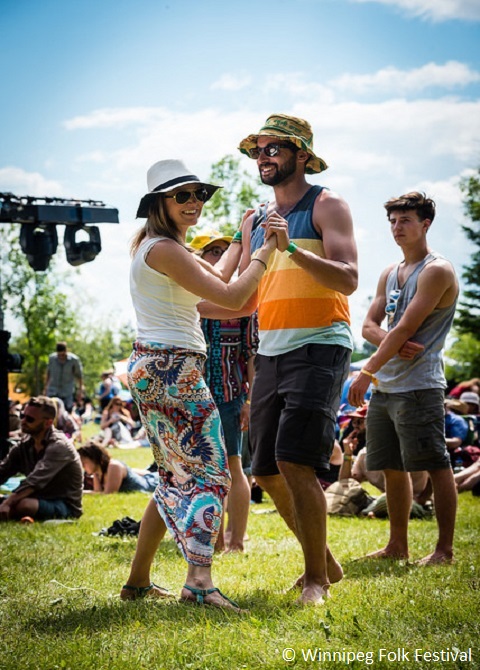 Another great option is the annual Winnipeg Folk Festival at Birds Hill Provincial Park in July. You can camp on site for all four days, which is perfect given this festival is all about sitting in the grass and socializing. This year, featured artists include Feist, City and Colour, and the Barenaked Ladies. Accessible parking, camping, toilets, and food service are a priority for organizers. The range of festival edibles is stunning, with Ukrainian perogies, fresh-baked doughnuts, and Lake Winnipeg pickerel and local potatoes on the menu.

Those who came of age during the glory days of 1970’s and 1980’s Canadian pop-rock will devour the inaugural edition of Rock Ambleside Park in August. Normally a green haven for dogwalkers next to Burrard Inlet, West Vancouver’s Ambleside Park will morph into an air-punching good time with hit-makers like Glass Tiger (“Don’t Forget Me (When I’m Gone”), Honeymoon Suite (“New Girl Now”) and Randy Bachman (“Takin’ Care of Business”). I personally dig the opening line of Harlequin’s “Innocence” (“One dime is all it cost me”) with its poignant allusion to the value-priced heyday of pay phones.

You can bring your lawn chair, stretch out in the sunshine, and score a tasty bite from the food trucks.

Whether you’re looking for a family-friendly, budget-priced experience or a full-on bacchanalia of sonic indulgence, Canada’s summer music festivals deliver the goods. I know I’ve got my water bottle, earplugs, and well-worn Van Halen T-shirt (I mean, Barenaked Ladies T-shirt) ready to go.

Metalocalypstick Fest (July): Head to Valemount, BC for this gritty celebration of female-driven heavy metal.