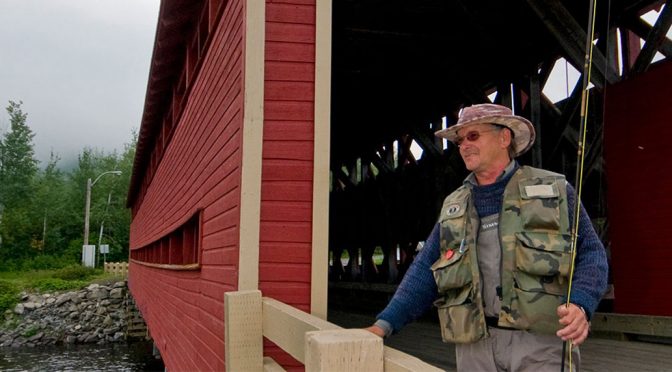 Renaud Levesque has been fishing this deceptively unremarkable-looking river, with its submerged shelves and terraces, its pools and its profundities, for almost 35 years. As of 8 a.m. this morning, having got in the night before from my trip to Moncton and Halifax, I will have officially been fly fishing twice in my life.

I grew up in cities. I live in a city. I like cities. I went ice-fishing in Montreal once. I ordered chicken to be delivered to my hut, which was maybe 150m from the Bonsecours Market. That seemed natural. This, 350km from Moncton, 500km from Quebec City, this was different, and it took some work.

Levesque is friendly, but I learn quickly enough he’s also not big on the ego-stroking. I cast a few more times. He’s sitting in front of me in our rowboat, facing away, and his disapproving head shakes are not invisible. After four or five, he can’t take it anymore, and turns around and affably suggests he do the casting, and I can do the reeling. I hand over my rod, and a bit of my manhood. The Matapedia, flowing southwest towards the border of Quebec and New Brunswick and the historic Restigouche, is not a big river, and there’s not a lot of room for nonsense. 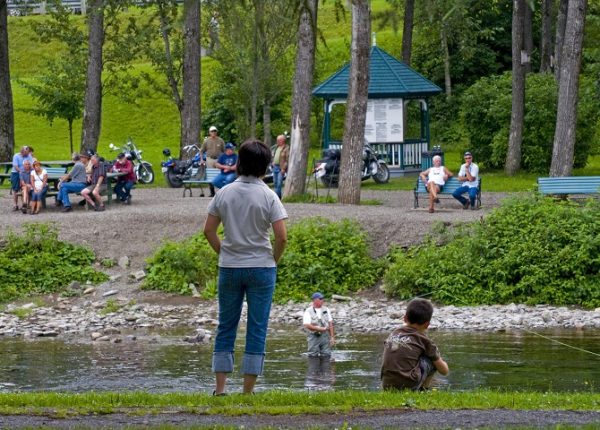 I’d never heard of this river before I looked closely at the complete list of VIA stops between Montreal and Halifax. I was looking for places to step out and explore along the way, and Matapédia sounded pretty undiscovered.

I was wrong. It’s just Canadians who’ve never heard of it. Americans have been coming here for years – Americans like the first President Bush, Red Sox legend Ted Williams, and Ettore Boiardi, better known as Chef Boyardee. They fly into the private Charlo Airport just across the New Brunswick border and pay up to $700 a day to fish while staying at lodges like Road Brook, Brandy Brook, and the biggest fish of them all, the Ristigouche Salmon Club, so exclusive it doesn’t even bother to have a sign. Levesque tells me he’s got one client from New Hampshire who comes up four times a year.

Fly Fishing: Not Only For the Rich

You don’t have to pay as much as that, though. You can buy a $45 license, and fish in the parts of the river that aren’t privately licensed from the province by one of those lodges. There are fish there, too. I know because I saw one jump, right over my line, as if she knew I hadn’t paid nearly enough for the privilege of spending any real quality time with her. She sure was pretty, though. 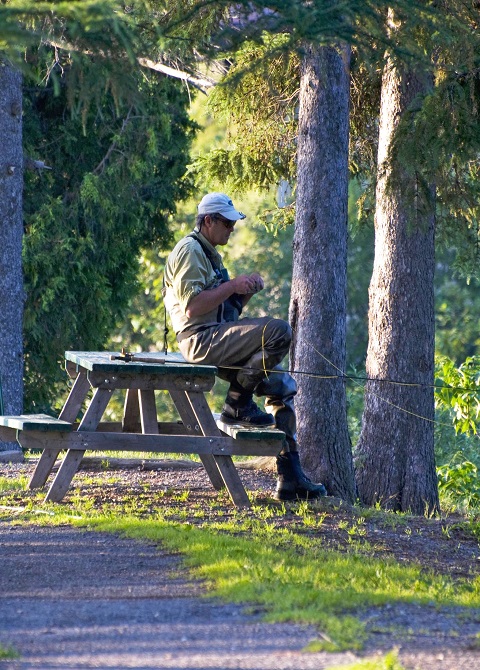 If you were to get into one of these row boats and let it drift downstream, you’d end up in the Restigouche River. The Restigouche is a much thicker river, more an inlet really, and the spot where the French navy, along with some Acadians, had hoped in July of 1760 to lure the British ships that were chasing them to their doom. It didn’t work.

Instead of being trapped, the British turned and fought and won. If this battle had gone the other way, the history of Canada might have gone quite differently. In fact, this spot, just between Matapédia, Quebec and Campbellton, New Brunswick (another VIA Rail stop), is the site of the real last battle for Canada. British Captain John Byron and French Lieutenant François la Giraudais don’t have the same cachet as Wolfe and Montcalm, but the fate of our future nation hung just as heavily on their shoulders.

There’s a Parks Canada museum at Point-à-la-Croix, just 23km east along the Matapédia from where I was nobly and assiduously leaving every single fish in the river utterly undisturbed. It’s a remarkable museum, with mid-18th-century shoes, boots, and silverware perfectly preserved in the concretized mud of the riverbed from which it was excavated in the 1970s. It’s well curated, well-staffed, with gorgeous vistas and should, like the battle itself, be much better known than it is.

There are a couple of days between trains, so you could spend a day in Campbellton, the night in either town, and another day fishing before catching the train back west. If you come in the summer, you could stay in any one of a dozen lodges, inns or motels.In the off-season you could, as I did, stay at the Matapedia River Lodge with André Bélaieff, who built it, and will cook for you (fish if Saints Peter and Andrew are smiling on you; I got roast beef).

About six hours in to our 10-hour day, after Levesque had noticed my slumped shoulders and given me back my rod to cast, I noticed his head stopped shaking. Then, on one cast, I distinctly heard a “hm,” which I was pretty sure expressed a sort of surprised approval. Five or six casts later, I got a “hm, good,” and nine or so hours in, he made my day by saying it looked like I’d got the hang of the 40m cast. I was still glowing when we wrapped up, my abject fishlessness unable to wipe the grin off my face. It was a good day. 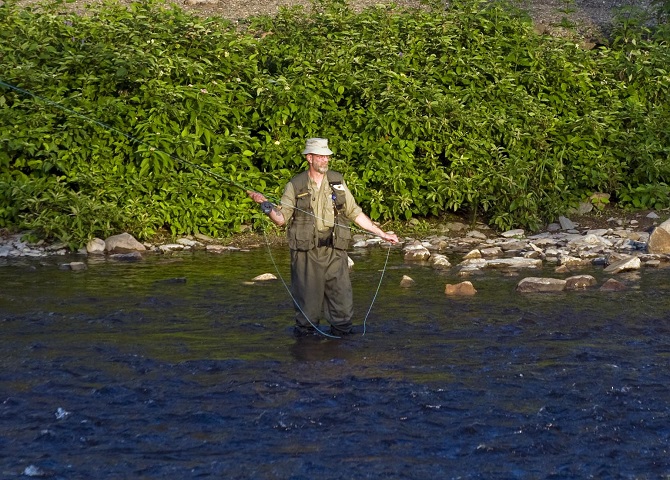