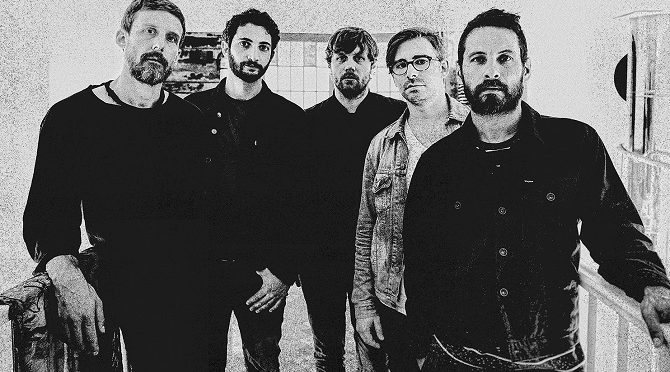 Last week we talked to six-time JUNO Award winner Sam Roberts about his deep family history with trains, adventures in South Africa, what to read and watch to learn about Canada’s rail history, and his favourite train song. This week, the rock ’n’ roller dishes out tips on how to enjoy the stunning outdoor spaces in his hometown of Montreal, and his favourite  cities in the country to visit—which should come in handy when choosing where to go to celebrate Canada’s 150th.

Of course, there are spots that come to mind quicker than others. First up was the gorgeous Prairie city of Winnipeg, Manitoba—“a name on the map for a long time for me, somewhere I always wanted to go,” Roberts says.

“At the time—this was sort of before the Internet and before the interconnectedness of all things cultural—to go there and find there was a driving artistic community, a driving music scene in this place that was so far removed, geographically, from everywhere else, it seemed like there was this really amazing spirit to the place. It really stuck with me on my first visit.”

Winnipeggers often attribute the creative forces that come from the city with its isolation, but thankfully their creative urges usually find a way to make themselves heard. That’s where neighbourhood bars like The Good Will Social Club and The Handsome Daughter—each an oasis for live, independent, and often local music in the city—come in. To boot, The Good Will slings some delicious local craft beer and has a “mandatory safe-space policy,” while the only constant with The Handsome Daughter’s ever-changing food specials is that they’re always mouthwateringly good.

Unsurprisingly, the other city Roberts mentions is another music mecca. The sparkling port city of Halifax, Nova Scotia and its ‘90s pop explosion had a major impact on him. “Definitely the Maritime spirit, and its love of music especially, makes it a place very close to our hearts,” Roberts says.

“The fact it’s always had this very vibrant and important music scene, for us as Montrealers growing up, that was a place we really looked to for inspiration.”

Halifax’s music scene is still a force to be reckoned with. From Canadian icons like Joel Plaskett to newcomers like indie rockers Nap Eyes, the city still bristles with musical spirit. You can catch that spirit at venues like The Carleton Music Bar & Grill right downtown (where you can sit down and grab a bite while you listen), or The Seahorse Tavern and Gus’ Pub in the city’s hip north end. If you end up at Gus’, don’t forget to chow down on an Ace Burger, consistently voted one of the best burgers in Halifax.

But of course, nothing can really compete with your hometown, and Roberts’ enthusiasm for Montreal is palpable. Mount Royal, which he notes was designed by legendary landscape architect Frederick Law Olmstead, who also designed New York City’s Central Park, is his first go-to.

“In the winter they have a beautiful skating rink,” Roberts says. “You have these incredible views of the whole city on all sides and you see the St. Lawrence in the distance. Especially after the chaos of touring, I tend to look for a bit less chaos and a bit more peace and tranquility.”

From there, it’s on to Old Montreal. Roberts mentions that he thinks his kids think they’ve entered another world altogether when they’re surrounded by the ancient architecture there.

“I love walking down the streets and feeling that sense of history in Montreal. It just goes back that much further than so much of the rest of Canada, and North America for that matter. It’s right there and it feels very unchanged or unmoved by time.”

Finally, Roberts mentions the Lachine Canal, an important body of water in Montreal’s storied history, where Parks Canada offers guided tours by foot, bicycle, and boat in the summer. In the winter, it also functions as a nice place to ice skate in some areas.

“Again, it’s one of those things that connects this vast place together,” Roberts says. “It makes Canada just a little bit smaller, a little bit easier to grasp, in a way.”

One of the best ways to feel connected to the rest of the country is to immerse yourself in these historic spots. And what better time than Canada’s 150th birthday? If you’re lucky, you might even be able to catch the Sam Roberts Band on tour during your travels.