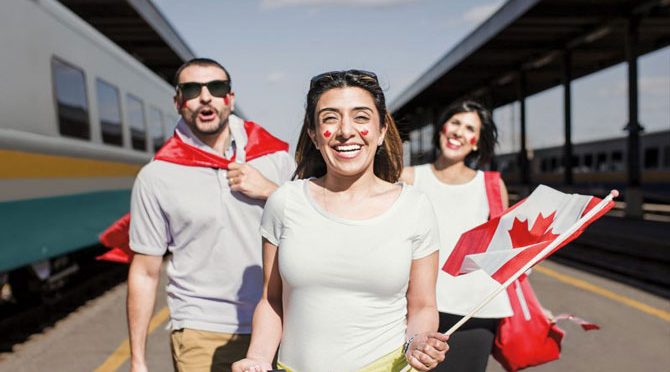 In 2017, Canada celebrates its 150th anniversary! To mark the occasion, many activities and surprise events will be taking place to pay tribute to the country, its diversity, and the creativity of its people. There are plenty of reasons to take the train in 2017 – especially as it’s the best way to get to the momentous events happening all year. Come celebrate with us!

The train played an important role in Canada’s history; by helping to connect communities from coast to coast, it was the foundation on which confederation was built. And the train will continue to be a big part of our country’s future growth.

This year, more than 40 trains and locomotives displaying the Canada 150 colours will transport millions of Canadians and international travellers across the country. Why? Because trains are an incredibly practical and comfortable way to travel! They’re simply the best way to discover the country.

BOOK YOUR NEXT DESTINATION 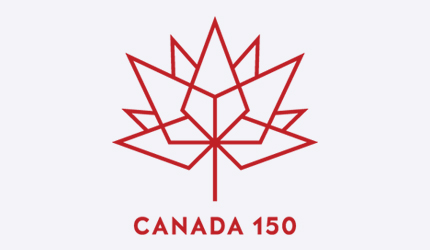 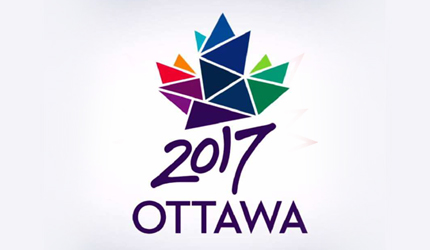 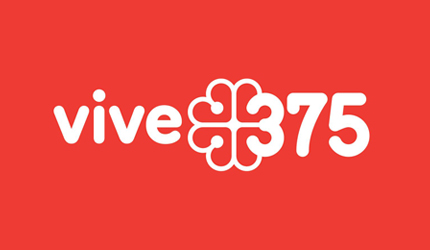 Located in the heart of Quebec City, the Québec Winter Carnival is a great opportunity to play outside. From January 27 to February 12, 2017, thousands of people will get together and take part in a variety of activities including night parades, snow slides, musical performances, giant foosball, snow sculptures and ice skating. And to mark Canada’s 150th birthday, international artists will perform at the Agora of the Old Port and on the Plains of Abraham. Don’t miss your chance to see Cirque du Soleil! The Québec Winter Carnival is a winter experience like no other. You’ll want to make sure to reserve your train tickets in advance for this one.

You are all invited to take part in the many festive, family, and sports activities at Les Hivernales, one of the highlights of Montreal’s 375th anniversary and Canada 150 celebrations. From Parc Jean-Drapeau to downtown, from Old Montreal to the Old Port, we celebrate our northern character in style!

The suffragette movement: Commemorating the centennial of women’s suffrage

Equal Voice is a national, bilingual, multi-partisan organization dedicated to electing more women to all levels of political office in Canada. Equal Voice regards the equal representation of women in Canada’s Parliament, in our provincial/territorial legislatures, and on municipal and band councils, as a fundamental question of fairness for women in terms of their access to Canada’s democratic institutions. Among the hundreds of members who currently form the group are women and men in politics, journalists, academics, civil servants, students and business people.

Thrills guaranteed in Ottawa at the Red Bull Crashed Ice

Ice cross downhill, is the fastest sport on skates. Take some of the toughest skaters in the world, a sizzling atmosphere, stunning surroundings, and thousands of square metres of frozen water. The result? Red Bull Crashed Ice! Athletes skate down a massive ice track with drops, hairpin turns, and jumps at speeds of up to 80 km/h. For the first time, Canada’s capital city will host the Ice Cross Downhill World Series Season Finale on March 3-4, 2017. All eyes will be on the final showdown as Red Bull Crashed Ice joins Ottawa 2017, for a year of celebrations in honour of Canada’s 150th year as a nation.

The Walrus Foundation will put on an extraordinary national tour from March 1 to June 1, 2017 focusing on the future of our country and featuring 50 members of the Order of Canada and 50 youth leaders. The Walrus Talks Conversations about Canada will visit every province and territory and will be streamed live online.

A week dedicated to the JUNO Awards

The capital will come alive with an unparalleled celebration of Canadian music. Canada’s musical elite will come together in Ottawa for a week of celebrations culminating in the 46th Annual JUNO Awards hosted by Michael Bublé at the Canadian Tire Centre on Sunday, April 2, 2017. JUNO Week will be filled with musical performances, workshops and other activities that will showcase the diverse array of talent and genres that are part of Canada’s vibrant music scene.

2017 is a hat trick year with three major hockey milestones: the 125th anniversary of the Stanley Cup, the centennial of the National Hockey League and the Ottawa Senator’s 25th hockey season. An exciting ‘game plan’ has been prepared for the four-day celebration, with many Stanley Cup Tribute events including: a visit from the Stanley Cup at Rideau Hall during March Break, a meet and greet event with NHL Hockey Legends, a Stanley Cup® 125th Anniversary Tribute Concert, a Stanley Cup monument ground-breaking ceremony, as well as a special hockey exhibition developed by the Canadian Museum of History!

National Canadian Film Day 150 is a massive one-day celebration of Canadian cinema in honour of our nation’s sesquicentennial. On April 19, 2017, great Canadian movies will be broadcast, posted online and shown at more than 800 screenings, including some in VIA Rail’s stations. With free events put on in every province and territory (many of them featuring talented Canadians) National Canadian Film Day promises to be the biggest film festival in the world.

Established by Prince Harry in 2014, the Invictus Games are the only international adaptive sporting event for ill, wounded and injured active duty and veteran service members. These Games use the power of sport to inspire recovery, support rehabilitation and generate a wider understanding of and respect for those who serve their country as well as their loved ones. The competition features 12 adaptive sports, including wheelchair basketball, wheelchair rugby, a variety of track and field events and, new to the 2017 Games, golf. This year, Toronto will host more than 550 competitors from 17 nations for eight days of fierce competition.

The 105th Grey Cup Festival kicks off on Tuesday, November 21, 2017 and runs until the end of the week at Lansdowne – Ottawa’s sport and entertainment destination. The Festival will include a number of free and ticketed events reflecting Canada’s rich and diverse traditions. It will also showcase Ottawa to audiences across Canada and around the world with events, performances, live music and activities that will build a sense of pride and unity while showcasing Canada’s culture.

LandMarks2017 is a national contemporary art project that will inspire people to reconnect with the land through a series of new, multidisciplinary art projects. Using nature as their theme, a team of nationally-acclaimed curators will inspire and lead established artists, art students and local communities in creating collaborative works of art.

BOOK YOUR NEXT DESTINATION

In 2017, Canada celebrates its  150th anniversary! To mark the occasion, many activities and surprise events will be taking place to pay tribute to the country, its diversity, and the creativity of its people.

One thought on “All Aboard for the Celebrations!”