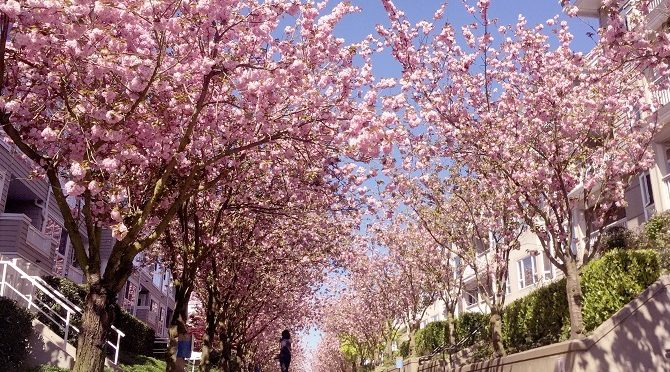 I’ve always loved Canadian rock music. As a teen, I climbed a tree outside Victoria’s Royal Athletic Park to watch Colin James perform over a fence, and helped my younger sister sneak into a Lawrence Gowan club show in the British Columbia provincial capital. Today, as a Vancouver travel writer who also covers sports and music, I’ve found fun and exciting ways to make sure March rocks – musically and otherwise – here in Western Canada in this celebration year of Canada’s 150th anniversary.

Rock the Nation: A Celebration of Canadian Music

This new touring show offers a dynamic tribute to Canadian rock from the 1960’s to the 1980’s. Whether you dig Joni Mitchell’s “Big Yellow Taxi” and k.d. lang’s “Hallelujah” or Neil Young’s “Keep on Rockin’ in the Free World” and Tom Cochrane’s “Life is a Highway,” the blend of dazzling retro multimedia and charismatic live performances in Rock the Nation: A Celebration of Canadian Music will put you in a Canada 150 mood – and leave you sentimental and nostalgic too.

Western Canadians can get their CanCon on at concerts in Abbotsford (March 17), Vancouver (March 19), Red Deer (March 23), and Edmonton (March 24).

With due respect to the Alps or Andes, I’ve always felt: “Why hop on a plane when there’s so much rockin’, world-class skiing right here in my own backyard?” Ski season is in full swing in Western Canada in March. These days, I love to explore the 3,307 hectares of terrain, 37 lifts and 200-plus runs at Whistler Blackcomb, which regularly tops SKI Magazine’s reader poll as North America’s best ski resort. But I grew up whooshing down the unspoiled, budget-priced slopes of Vancouver Island’s Mount Washington outside Courtenay, and still love them for more modest ski days.

And that’s not all. There’s adrenalized ziplining and snowshoe tours at North Vancouver’s Grouse Mountain, amazing Nordic trails and fat tire biking at Vernon’s SilverStar Mountain Resort, and awesome night skiing and an ice climbing tower at Kelowna’s Big White Ski Resort. March could be the month when I tackle a new adventure with heli skiing and cat skiing at Kicking Horse Mountain Resort or Revelstoke Mountain Resort in southeastern BC.

Sun Peaks Resort has always held a special place in my heart ever since I enjoyed a free group skiing outing with Olympic legend Nancy Greene. A can’t-miss spectacle at this resort, located northeast of Kamloops, is the five-day Sun Peaks Velocity Challenge & FIS Speed Ski World Cup, where top racers whiz past at more than 175 km/hour.  For cardio buffs who don’t find plain old jogging enough of a challenge, March also brings the Dirty Feet Snowshoe Run to the resort.

After the adrenaline rush of Sun Peaks, there’s nothing like a mellow getaway in the towns of Tofino and Ucluelet on Vancouver Island’s west coast, which hosts the annual Pacific Rim Whale Festival. Focusing on the northbound migration of 20,000-odd grey whales from Mexico to the Bering Sea, the festival is a great opportunity to take whale-watching boat tours with enthusiastic naturalists.

If the idea of Canada 150 makes you want to dance, you’ll have a whale of a time at the annual Vancouver International Dance Festival. One highlight is Kinesis Dance somatheatro’s 30th anniversary show, In Penumbra, a gorgeously experimental take on the concept of Utopia. At the Fleurs de Villes event at Victoria’s Mayfair Shopping Centre, local florists adorn mannequins with costumes made of orchids, tulips, hydrangeas and more. There’s also a one-day fresh flower market – an ideal fit for the “City of Gardens”. And the Vancouver Cherry Blossom Festival kicks off at the end of March, celebrating the 43,000 cherry trees city-wide. Enjoy Petal Picnic boxes with designer sushi and Japanese-style chicken sandwiches, attend free Tree Talks and Walks, and submit your poems to the Haiku Invitational.

Here’s some good news for Western Canada cinema buffs: the train travels to Kamloops, and Kelowna is just a two-hour drive away. In these bustling cities, two fantastic film festivals await. Kelowna’s World Community Film Festival features close to 30 documentaries on social justice, human rights, and environmentalism. Titles include Alive and Kicking: The Soccer Grannies of South Africa and Prison Dogs. The annual Kamloops Film Festival always boasts a colourful roster: last year’s flicks included Charles Wilkinson’s Haida Gwaii: On the Edge of the World and Paolo Sorrentino’s Youth. Festivals like these are another celebration of diversity, showing how far Canada’s come in 150 years.

While it would have been exciting to witness the founding of this country back in 1867, being alive in 2017 with so many fun things to do in Western Canada flat-out rocks. Now, where did I put my skis?

Rock the Nation: A Celebration of Music (from March 17)