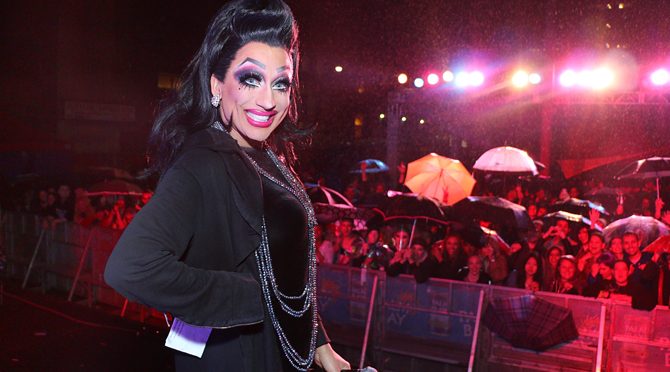 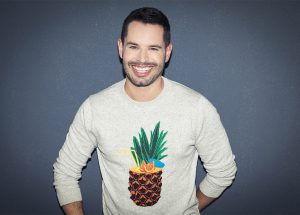 This year’s bar-raising month-long Pride Toronto festivities are being spearheaded by executive director Mathieu Chantelois. Those of you of a certain generation may remember him from the original Big-Brother-like reality TV series The Lofters, which was filmed in Toronto. Following his stint on the program, Mathieu’s television career continued with SoGayTV, the first original series created for PrideVision TV, among other hosting gigs. He can also be heard on Radio-Canada regularly covering social and political issues. In short, being in the limelight is no sweat for Mathieu, who is brimming with pride (pun intended) this month.

We caught up with Mathieu to get some insider info on the coming weeks’ activities – minus the parade. What we found are a few select and unique ways to celebrate Pride month, with a little insider info.

This year’s Pride Toronto theme took its name by altering the line, “You can’t sit with us!” from the now iconic film Mean Girls (which, by the way, was filmed in Toronto). To honour the much-loved-and-for-good-reason movie, wear pink and go to the free showing at the Harbourfront Center. And hey, Daniel Franzese from the movie is going to be there too (insider info: he’s going to be in character), providing live commentary.

Can’t be there in person? Connect by video and comment by text along with a few surprise guests. During our call Mathieu was virtually giddy when we got him to reveal that, “maybe some of the big stars of the movie will join as well…it’s a big possibility!”

When: June 22
Great for: solo, couples, friends, family with kids over 13

The Biggest Drag Show in the World

You read that right – Pride Toronto is not only making history by hosting a month-long celebration, it’s also actually making history. Head over to the outdoor Molson Canadian Stage at the corner of Dundas and Yonge and feast your eyes on the world’s biggest drag stage performance. Is it family friendly? Definitely. Says Mathieu, “last year the kids were loving it! The show is acceptable and available for all.” And with 70 Drag Queens on one stage, there’ll be no lack of stimulation.

When: July 2
Great for: everyone

People From All Over the World 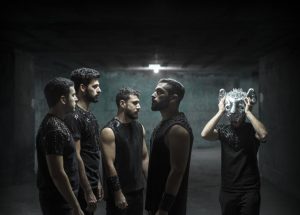 When we asked Mathieu what he was most excited to do this month, it took him all of one
second to come up with his answer, “for the first time ever we are going to celebrate, in the context of the Pride Festival, the queer Middle East culture. We have a band from Lebanon, Mashrou’ Leila, that was just banned from entering Jordon a few weeks ago [because their lead singer is openly gay –ed] and they are coming to perform. We have dancers from Iraq and Egypt. We have a DJ that is a Syrian refugee. And for the night we are going to show that it is possible to be queer and from the Middle East.”

When: July 2-3
Great for: solo, couples, family with older kids (shows are in the evenings). Newly arrived queer refugees can sit in a special VIP section.

Other non-parade events to check out : 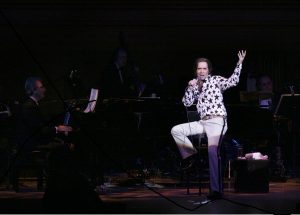 June 23 & 24: For Rufus Does Judy, Canadian singing icon Rufus Wainwright takes on gay icon Judy Garland for the second time. One decade ago (almost to the day), Wainwright recreated Garland’s 1961 career-making Carnegie Hall on the same stage. The revisited program, which will be set against a backdrop of the converted, decommissioned Hearn Generating Station, and accompanied by a 36-piece orchestra, will be nothing short of WOW.

June 26: Mermaids swimming in the tanks, DJ Kitty Glitter at the turntables, this is sure to be a unique experience at the Ripley’s AQUEERium. We dare say that it is likely the first marine-life-based Pride Toronto event.

Enjoy the month and when you’re done, avoid the crowds and get home responsibly – take the train.

NEXT WEEK’S BLOG: The other Jazz Festival in Ottawa